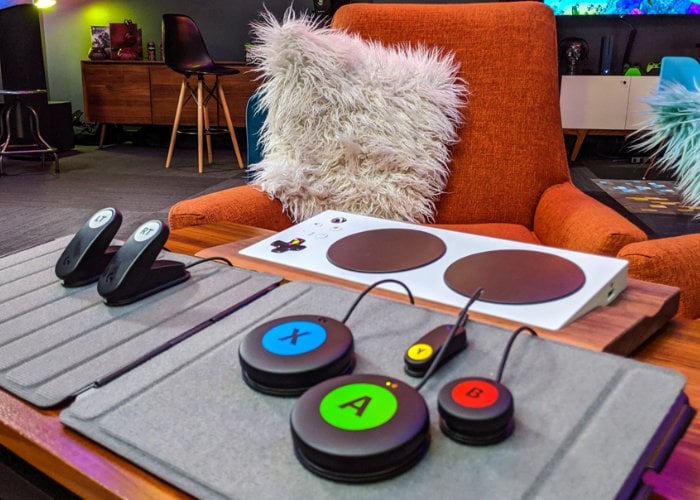 Adapting their gaming kit felt like an obvious choice for Logitech G, but the road ahead is a long one. As first described by the Vice President of Gaming for Logitech G, Ujesh Desai says, “I’m super proud of what we achieved, but on the other hand, we should have been doing this already [and] we’re not just one and done here. This is the beginning of a journey and it’s just the start.”

Senior Global Product Manager for Logitech G, Mark Starrett, says, “It’s a set of large buttons, small buttons, light-touch buttons, and even variable trigger controls that users can plugin, in the pattern they like, the way they like, and then arrange [them] on the chair, on our hook and loop boards– there [are] unlimited ways they can be used.”

To accommodate each individual gamer’s preferred setup, Logitech G’s Adaptive Gaming Kit also comes with hook and loop ties and two game boards with two distinct textures and flexibilities. To learn more jump over to the official Logitech website by following the link below where the kit is now available to purchase priced at $100.

“The Adaptive Gaming Kit is a collection of high performance, durable buttons and triggers for the Xbox Adaptive Controller to unlock the possibilities of play.1Xbox Adaptive Controller sold separately. Logitech G worked with different accessibility organizations to develop a comprehensive set of controls for ultimate configurability and flexibility.”