We have seen lots of geeky pillows here at Geeky Gadgets, like the Star Trek pillows, and the fun Twitter icon pillow, the latest one will appeal to all the Xbox fans out there, the Xbox 360 Controller Pillow. 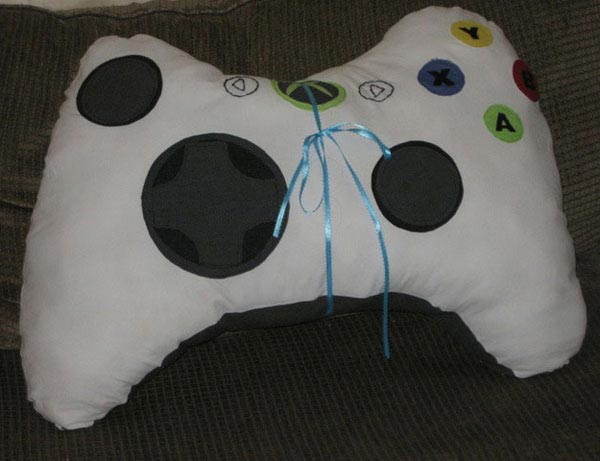 This fun Xbox 260 Controller Pillow was made for a dude called Joe as a present from his girlfriend, lucky guy, this would look great on my couch.

Unfortunately it looks like this is a one off and you cant actually buy one, I reckon Joe’s girlfriend should start selling these as I bet she we get ton of orders, I would buy a couple.