First announced back in 2007 AT&T’s TV service U-Verse for the Xbox 360 will finally be arriving in November, but dont expect to just simply watch it on your Xbox, there are a few hurdles to jump first. 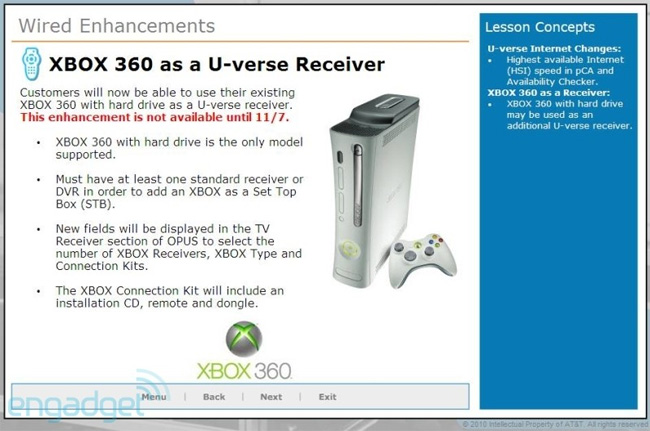 Firstly you cant simply sign up and use the Xbox 360 you will need at least one digital video receiver in the house already for it to function. Also if you own an Arcade Xbox 360 (one without a hard disk drive) its not going to work on your system as you will require HDD space to run the new AT&T TV service.