Freescale has this week announced it has broken its own world record by making its super small ARM controller chip even smaller.

This week Freescale has unveiled its new ARM micro-controller in the form of the tiny Freescale KL03, Cortex-M0+ chip which is now 15 percent smaller than its predecessor and measures an astonishing 1.6 mm x 2 mm in size. As you can see in the photograph below it’s small enough to sit in the dimple of a golf ball. 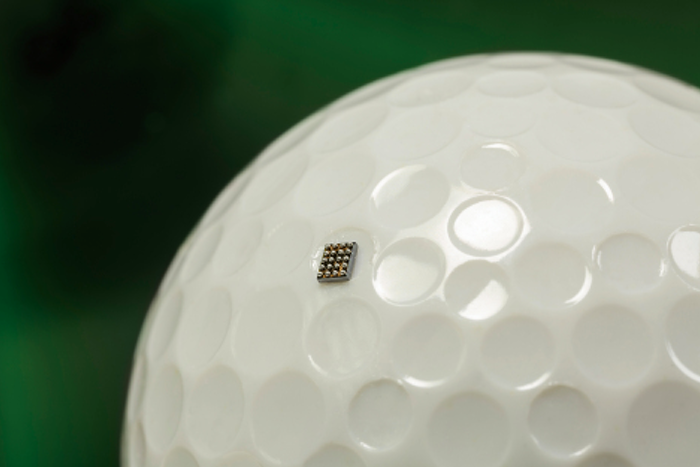 As well as being smaller than the previous version Freescale have also made the KL03 chip more energy-efficient and easier to program. Freescale is expected to start full-scale production of their KL03 chip in June of this year.

“When size is no longer a barrier to incorporating microcontrollers into edge node devices, we can start to redefine what’s possible for the Internet of Things,” saidRajeev Kumar, director of worldwide marketing and business development for Freescale’s Microcontrollers business. “We see the miniaturization of MCUs as a key driver of IoT evolution.

With the groundbreaking form factors of the new Kinetis KL03, systems designers for edge node products now have the technology they need to develop entirely new product categories capable, quite literally, of changing the world.”

Features of the new Freescale KL03 include :

For more information on the new Freescale KL03 chip jump over to the Freescale press release website for details.