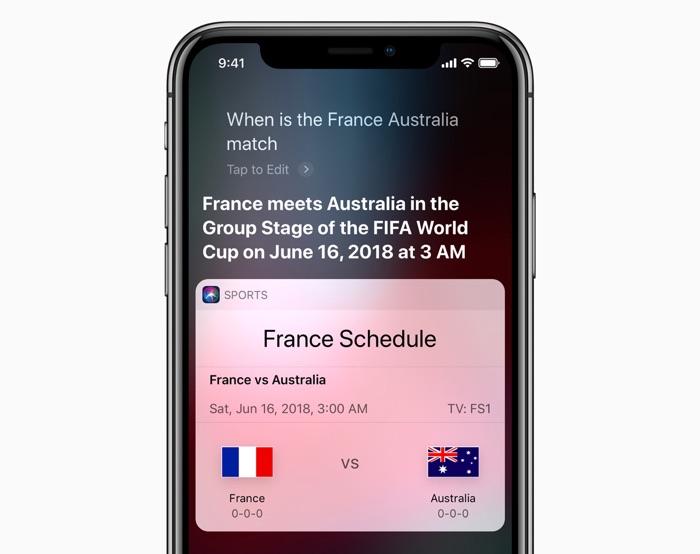 With the World Cup kicking off soon, Apple has announced a range of new football themed features for its devices.

On the iPhone and iPad you will be able to ask Siri various questions about the World Cup. You can ask Siri lots off different questions, including things like which teams are playing each other, who won a specific match, details about a particular squad and more.

As the countdown to the tournament begins, football fans around the world can stay up to speed on stats, scores and their favourite teams across all Apple devices.

Siri adds support for football in Brazil, Russia, Denmark, Finland, Malaysia, Turkey, Thailand, Saudi Arabia and Israel — this is in addition to 26 other countries that already support Siri sports. Siri users can ask for scores, schedules, standings and team rosters.

Apple will also be highlighting football themed apps and content in their app store, and also bringing the latest football news in their Apple News app. You can find out more details about Apple’s plans for covering the football world cup at the link below.