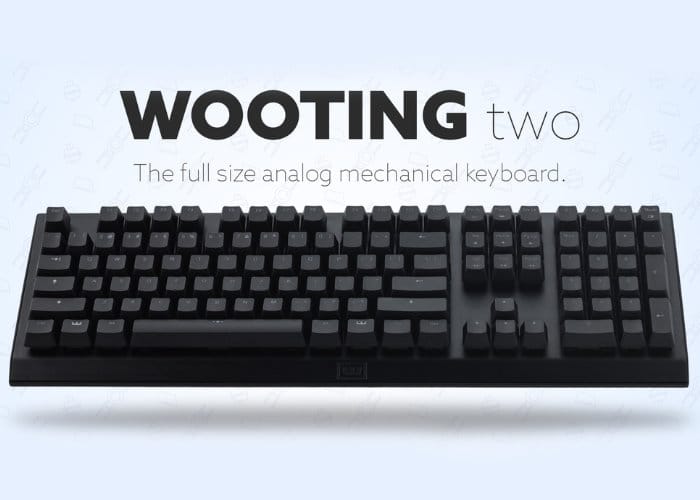 The second generation Wooting mechanical keyboard is now available to back via with early bird pledges available from €125 or £109. If all goes well with manufacturing backers can expect to receive their keyboard during November 2018. “You asked for a full-size (numpad) version of the Wooting one, so we created the Wooting two. It’s not only a community requested Wooting keyboard, but also an important milestone for us towards the ultimate goal to make analog input keyboards the industry standard. Supporting this project will not only create the Wooting two, but also further boost our already rapid software development and adoption of analog input keyboards.”