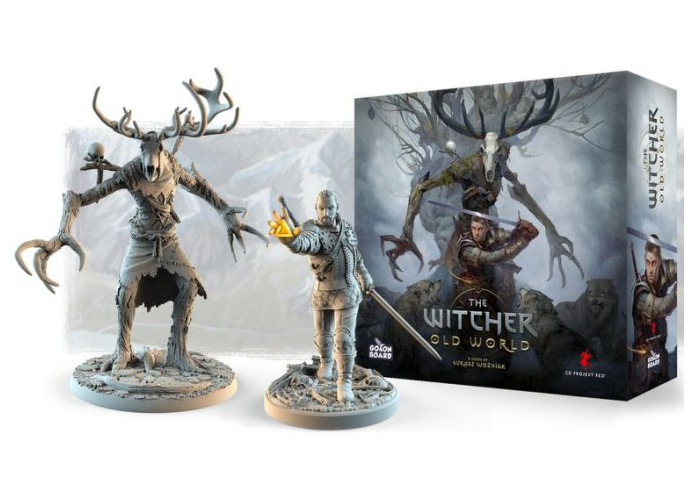 A new Witcher board game based on the books, games and TV series will soon be available to back via Kickstarter and has this week been teased by project creator Go on Board. The competitive adventure board game The Witcher: Old World is designed by Lukasz Wozniak and being published by Go on Board and CD Projekt RED. Check out the teaser trailer below to learn more about what you can expect from the Witcher board game. To be notified when the Kickstarter campaign starts jump over to the holding page to register your details by following the link below.

“The Witcher: Old World is a competitive adventure board game that thrusts players into a monster-infested realm teeming with arcane magic, dark secrets, and dangerous places to discover. Based on the fan-favourite The Witcher universe, set years before the saga of Geralt of Rivia, the game explores a time when monsters roamed the Continent in greater numbers — a constant peril which required the attention of expertly trained monster slayers, known as witchers.”

“Five competing witcher schools trained their adepts through brutal regimes, and once fully prepared, these now-recognized witchers set off to explore the land, seeking trouble, adventures, and helping others for coin. The Witcher: Old World sees 2 to 5 players travelling across a vast map, embarking on masterfully penned quests, encountering and making ambiguous moral choices, fighting monsters — and sometimes even brawling with other witchers to defend their school’s honor!

The game lets players construct their own unique decks of cards by choosing from a wide range of abilities: attacks, dodges, and witcher combat magic — known as Signs. Through card synergy, players aim to achieve powerful combos as they utilize their witcher school’s hallmark abilities to their full potential.”