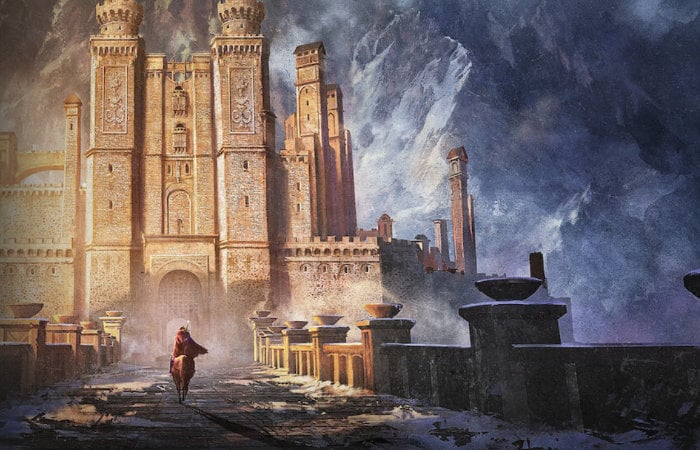 Netflix has confirmed that the highly anticipated Witcher: Nightmare of the Wolf anime will premiere next month on August 23rd 2021 and will provide fans with a prequel movie focusing on Geralt’s mentor, Vesemir. Check out the new trailer released by Netflix to wet your appetite ahead of the movies release next month.

The Witcher: Nightmare of the Wolf is an upcoming 2D animated dark fantasy film for Netflix, and is produced by Lauren Schmidt Hissrich. The animated movie is a spin-off from the official live action Netflix series The Witcher. “The world of “The Witcher” expands in this 2D anime film that explores a powerful new threat facing the Continent.”

“Welcome to the official Netflix channel for The Witcher! Journey into the extraordinary world of the Continent, from The Witcher and its live-action prequel series The Witcher: Blood Origin to anime film The Witcher: Nightmare of the Wolf and much more.  Netflix is also responsible for creating the highly acclaimed TV series The created by Lauren Schmidt Hissrich, based on the book series of the same name by Polish writer Andrzej Sapkowski. Set on a fictional, medieval-inspired landmass known as “the Continent”.

The Witcher explores the legend of Geralt of Rivia and Princess Ciri, who are linked to each other by destiny staring Henry Cavill, Freya Allan, and Anya Chalotra. Netflix is the world’s leading streaming entertainment service with 208 million paid memberships in over 190 countries enjoying TV series, documentaries and feature films across a wide variety of genres and languages.”