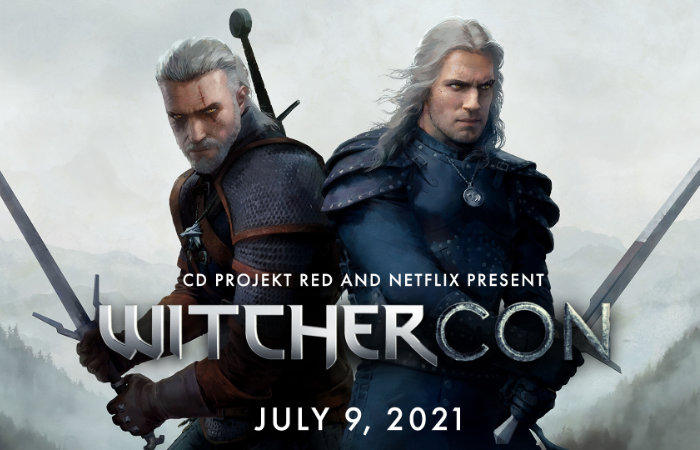 Netflix and game development company CD Projekt Red have this week announced The Witcher convention will be taking place on July 9th 2021. The virtual The Witcher convention will offer a variety of different events featuring both the games and live action series starring Henry Cavill, Freya Allan, and Anya Chalotra and based on the books by Polish writer Andrzej Sapkowski. Unfortunately no new games will be announced during WitcherCon.

“WitcherCon is a global virtual celebration of The Witcher! This digital convention will be streamed on both Netflix and CD PROJEKT RED’s YouTube and Twitch channels and will be available for co-streaming.”

Welcome back into the world of The Witcher! @netflix and @CDPROJEKTRED are teaming up to host #WitcherCon on July 9. #GeekedWeek pic.twitter.com/PjeVafwlb1

“Watch the worlds of CD PROJEKT RED’s The Witcher video games and The Witcher Netflix series come together for an event full of surprises and exclusive first looks. Get ready for: Deep dives into the making of The Witcher games, live action series, anime film, and merchandise, including exclusive behind-the-scenes footage. Interactive panels spotlighting the people who brought The Witcher to life in-game and on-screen, featuring breaking news from the Netflix series and never-before-seen reveals from across The Witcher franchise. Expert explorations into the lore, legends, monsters, and origins of the Continent.”