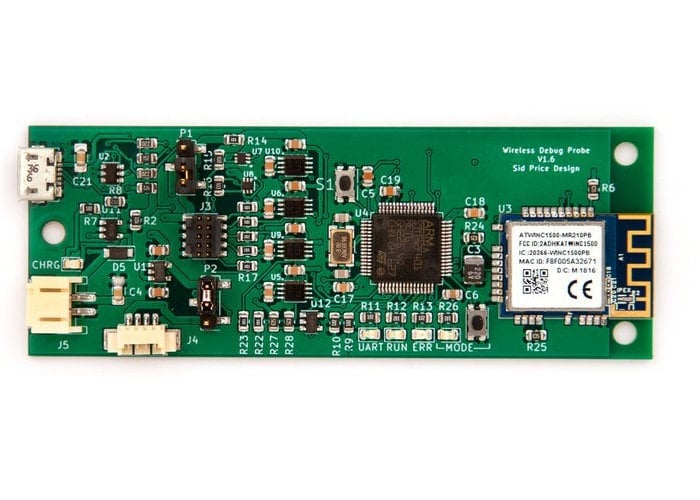 A new piece of hardware has launched by the Crowd Supply website in the form of the ctxLink, a wireless debug probe for ARM Cortex-M microprocessors, created by engineer Sid Price. ctxLink is an open hardware, open firmware debugging probe, based on the Black Magic Probe (BMP), that supports Wi-Fi connectivity and battery powered operation. Watch the demonstration video below to learn more about its inspiration, design features.

The ctxLink It is now available from the Crowd Supply website priced at $99 and implements SWD and JTAG interfaces for remote, cable-free programming and debugging of ARM Cortex-M micro-controllers. Price explains more about his new hardware and its uses.

“When connected to a battery or powered from the target, ctxLink brings remote hardware to your source level debugger, even in situations where a USB cable might be impractical. Whether you’re debugging a robotic system, programming a shielded device, working around an awkward enclosure, or hacking on a project that’s just a little bit too far away from your sofa, ctxLink can help you bridge the gap. And if your target is really remote? Like in another country remote? ctxLink can bridge that gap too. Just configure your router to forward incoming connections for the GDB server port to ctxLink, and your local debugger will gain access to the remote device.”