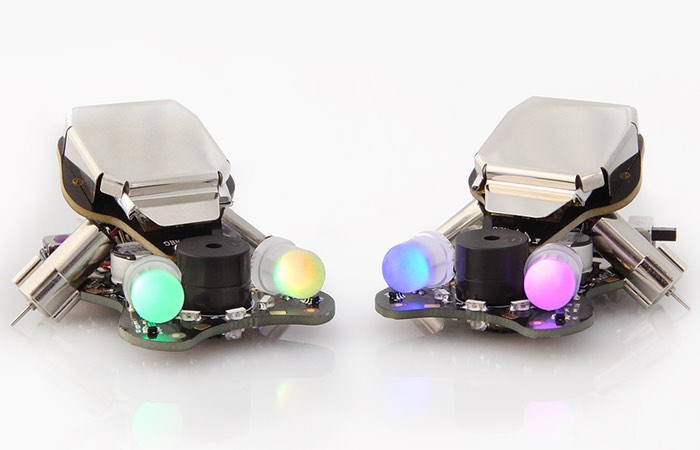 Plum Geek has created a new tiny yet cute little robot bug that has been created to provide an easy introduction into programming and robotics.

Wink allows anyone that is interested to be able to program the Arduino-based STEM education device using the well known Scratch graphical style programming system, which is used in many schools around the world.

The developers of Wink explain a little more about the cute robots inspiration and functionality, when teaching both children and adults about programming and robots. 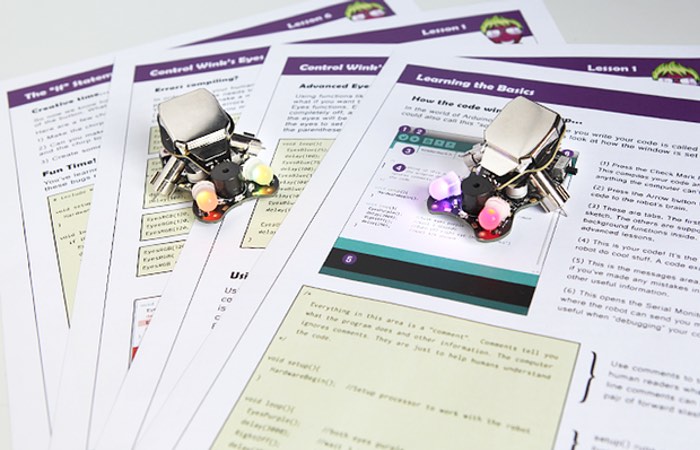 Wink is an Arduino based robot designed to help transition students from graphical programming to more powerful written code languages. His low cost and smarts are perfectly suited to STEM education and learning workshops. He’s also a perfect introduction for grownups interested in tinkering with robotics that don’t know where to begin.

Eventually students need to move on to writing actual code. We designed Wink to be the next logical step – allowing students and grownups to learn actual written code with small simple steps while having fun along the way.

The Wink project was born out of collaboration with educators who were looking for a robot platform to bridge the simplicity of graphical style programming to “real world” programming languages like Java, Python, C, and C++. Wink is a great solution. He is low cost, fun to play with, and well suited to teach the basics of written code in an engaging way.

For more information on the new Wink palm sized robot jump over to the Kickstarter website for details, where it is available to back with pledges starting from just $49 for a fully assembled Wink robot.