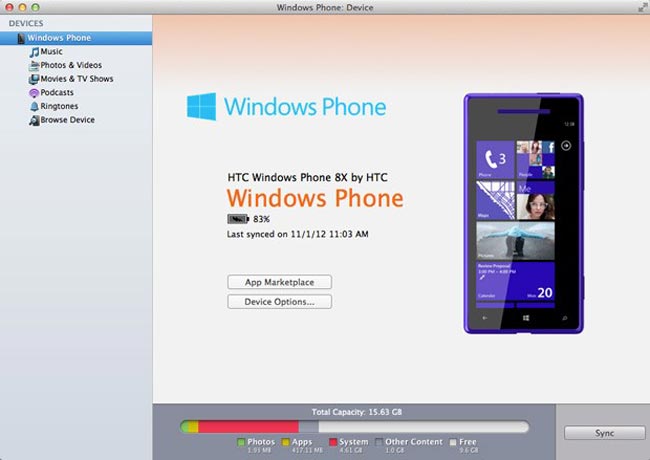 The new Windows Phone app for OS X is available as a free download form Apple’s Mac App Store, and you can use the app to sync your photos, video and more from your Mac to your Windows Phone handset.