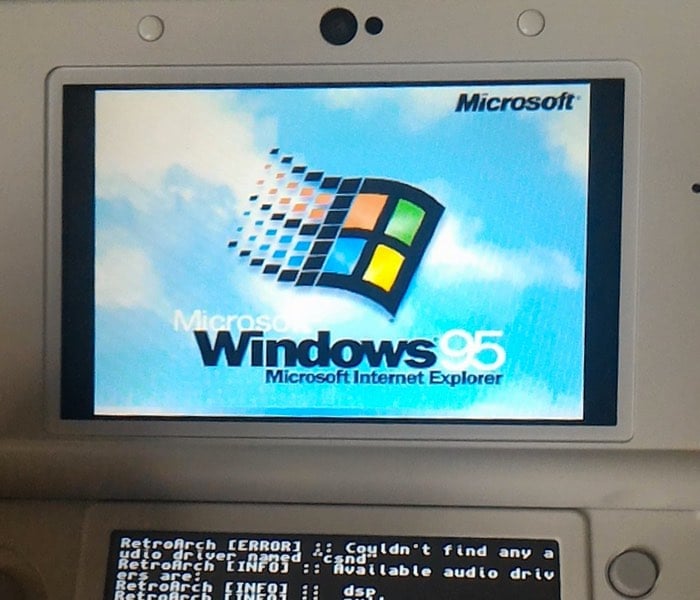 Check out the video below to see it in operation using a RetroArch DOSbox to aid with the installation of the operating system to run on the pocket sized Nintendo 3DS hardware.

This week it has also been revealed that hackers have been able to load the Linux operating system onto Sony’s latest PlayStation 4 games console, transforming the PS4 it into a fully functional personal computer.

Windows 95 as the name of the operating system suggests was launched back in August 1995 over 20 years ago and was succeeded by Windows 98, in, of course 1998. Check out the links below to learn more about the hack that allows the 20 year old Win 95 operating system to run on a 3DS console.