Microsoft has today opened up registration for their Windows 8 upgrade promotion, which is and open to anyone who has purchased a Windows 7 system after June 2nd, 2012.

Eligible Windows 7 owners are able to register from now until January 31st 2013 for the promotion, which then allows them to upgrade to Windows 8 Pro once its officially launched, for the bargain price of just $14.99. 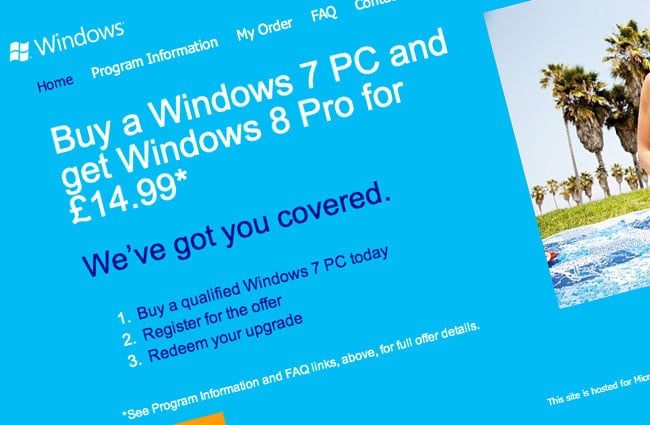 Those users that do not register via the Microsoft Windows 8 website, will have to pay the full price for the new operating system once its officially launched later this year.

So if you have purchased a Windows 7 system in the last couple of months, don’t delay, jump over to the Microsoft Windows 8 website to register for your $14.99 upgrade now.