Over the past few months Mozilla has been working on a new Windows 8 user interface for its latest Firefox web browser, and now the company has released images and preview that you can try.

The new Windows 8 Firefox browser includes a number of great features including, touch and swipe gesture support, syncs with Firefox on the desktop, supports Windows 8 charms, data sharing between other Metro apps, tab bar with tab previews, keyboard shortcuts, and the ability to view pages in desktop mode. 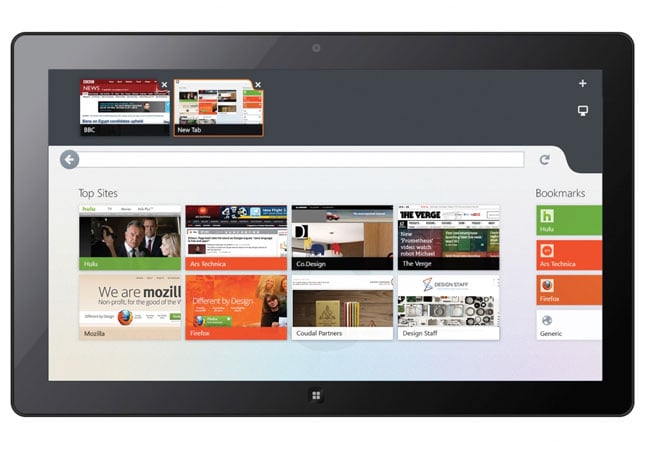 The new Mozilla Firefox Metro styled web browser can be downloaded from the Mozilla website here, and over the coming weeks up to the launch of Windows 8 on October 26th will be updated nightly.