The exact specifications of the new feature and how copies are created are still a little thin on the ground at the moment, but certain specification drives might be required to carry the Windows 8 copies, and the Portable Workspace feature might only be available to Enterprise customers when Windows 8 officially starts to ship. 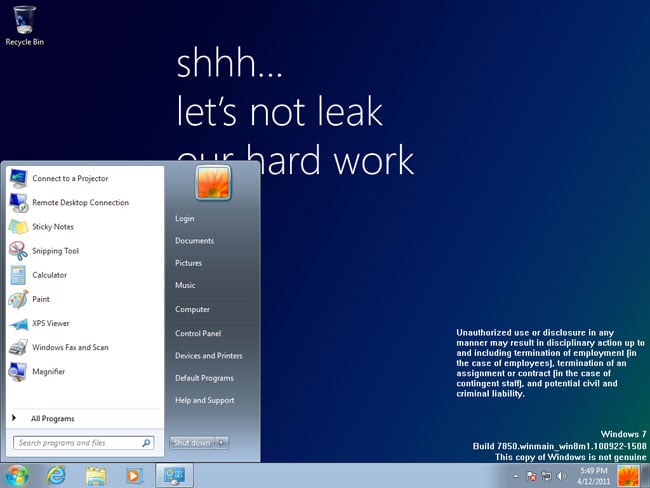 It would great for users and a great selling point for Microsoft to enable the portable Windows 8 feature on all version of their new Windows 8 operating system.

One thing the new discoveries do suggest its that Microsoft is working hard to add a number of exciting new features to its next-generation Windows 8 release. The feature was discovered in the Enterprise Windows 8 build 7850.0.winmain_win8m1.100922-1508 which was discovered by the My Digital Life.