Earlier today we heard that Microsoft may unveil Windows 8 in September of this year, and that it should go on sale around the fall of 2012, and now it seems that Windows 8 has been leaked.

An early version of Windows 8 has been available to manufacturers, and now somehow it has been leaked and is now apparently available to download from the Internet. 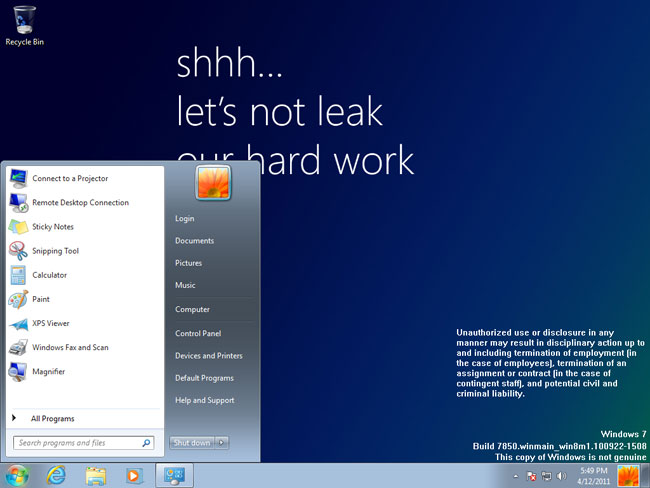 According to Engadget, from the leaked information, the version is very similar to Windows 7, so probably an early build of Windows 8.