A couple days ago, we learned that the update for Windows 8.1 was coming this spring. Other than the vague Spring date, we had no real idea when that update might land. A new rumor today has tipped that the Windows 8.1 update will be landing on April 8. April 8 is a Tuesday, which would work well with the traditional Patch Tuesday schedule. 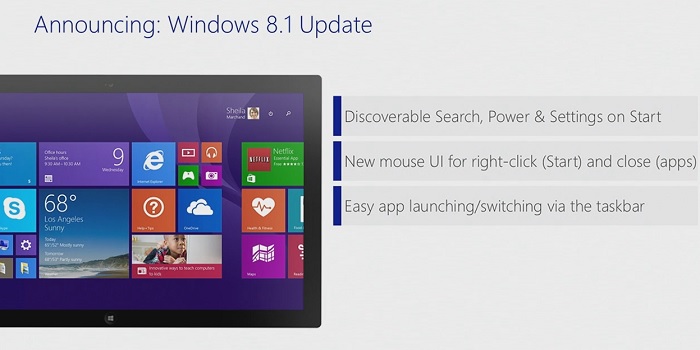 Interestingly, April 8 is also the end of support date for Windows XP. Microsoft has been working hard to get people to upgrade from Windows XP to Windows 8.1. The Windows 8.1 update will add in features to make the OS more usable for those without a touchscreen. The update will add right-click menus.

It will also add discoverable search, power, and settings on the start menu. Apps will also be launchable from the taskbar with the update. Microsoft hasn’t confirmed at this time that it will be releasing the update on April 8. As for the end of XP support, after April 8 there will be no more security updates or tech support for the operating system. Microsoft hopes that the new update for Windows 8.1 will address some of the complaints that people have made about the OS.