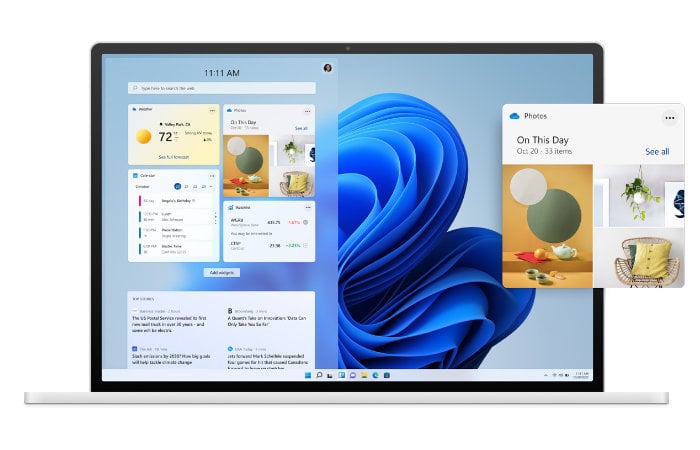 New Windows 11 features include Snap Layout, Snap Groups brings next level Task Switching, the ability to load Android applications on your Windows computer directly from the Microsoft Store, faster connectivity when using Microsoft Teams and more. Check out the video below to learn more about the new Windows 11 Widgets feature which Microsoft has implemented into its latest OS

Microsoft launched its new operating system last month and has made available a download allowing members of the Windows Insiders group to try out the new release before it launches later this year. Microsoft has been teasing a release date for Windows 11 of sometime around October 2021, but as yet has not announced a final confirmed release date for their new operating system.

Microsoft will also be releasing a free upgrade from Windows 10 to Windows 11 for computers capable of handling the new operating system. The free update will be rolling out sometime early next year during the first quarter of 2022. To check if your current PC is capable of running Windows 11 Widgets check out the minimum requirements hardware specifications recently updated by Microsoft.

As always when Microsoft releases any more news about their new operating system we will keep you up to speed as always but for now you can jump over to the Windows Insiders development blog to register and download a copy of Windows 11 yourself to try it out by following the link below.