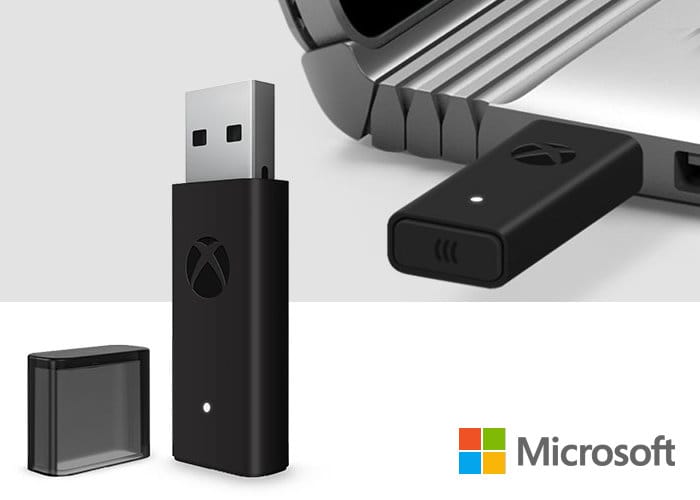 After a long wait since its was first unveiling during August 2017, Microsoft has this week finally made available to purchase the new smaller Xbox Controller Wireless Adapter for the latest Windows 10 operating system. Allowing PC gamers to use any Xbox Wireless Controller to play games on their computer. The Xbox Wireless Adapter has been specifically designed for Windows 10 and is priced at $24.99. The new version of the adapter features a smaller form factor as well as wireless stereo sound support, and can be used to connect up to eight controllers simultaneously to one PC.

If you were already own the new Microsoft 15-inch Surface Book 2 you already have the ability to use a wireless Xbox controller, as the Surface Book 2 comes supplied equipped with wireless support, removing the need for you to purchase a separate Xbox Wireless Adapter. For more information and purchasing options jump over to the official Microsoft online store by following the link below.