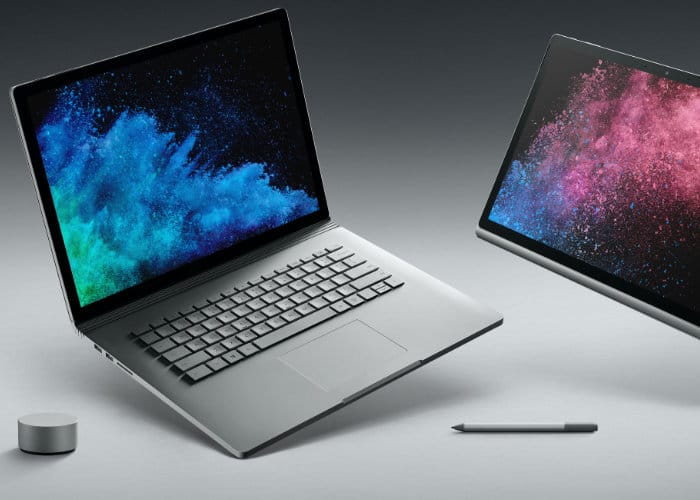 The Microsoft Surface Book 2 laptop is equipped with a 360-degree hinge that allows it to transform into a touchscreen tablet when required. Equipped with 8th Generation Intel Core Processors and NVIDIA GeForce GTX 1050 and 1060 discrete graphics the powerful laptop comes supplied with a Surface Pen offering tilt and 4096 levels of pressure sensitivity. Its internal battery is capable of providing up to 17 hours of life from a single charge and the Surface Book 2 is currently Microsoft’s most powerful Surface system to date.

Microsoft Surface Book 2 preorders and are now available directly from the online Microsoft Store with four hardware specification options available and pricing starting from £1499. For this price, you will receive an Intel Core i5 processor supported by 8 GB of RAM with 256 GB of internal storage. For more specifications and purchasing options jump over to the Microsoft website via the link below.