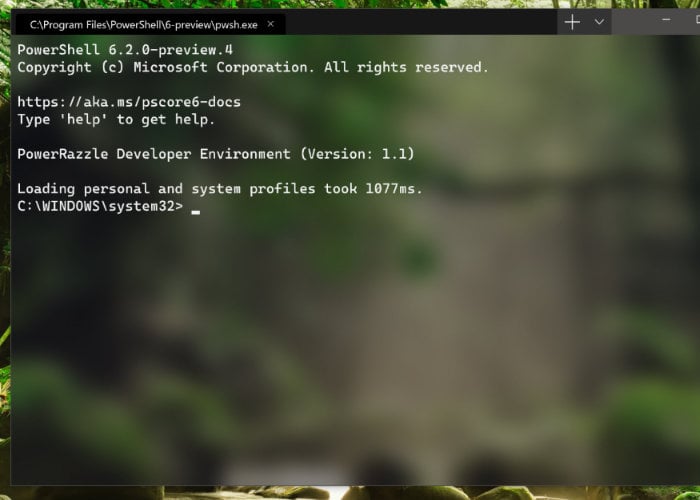 During the summer months of 2019 Microsoft has confirmed they will be rolling out an integrated Linux Kernel to their latest Windows 10 operating system. The Windows Terminal will be provided via the Microsoft Store and will be updated regularly says Microsoft to ensure users can enjoy the newest features and latest improvements with minimum effort.

Microsoft explains that the most frequently requested feature for the Terminal is “multiple tab support and we are SUPER excited to FINALLY be able to deliver this key feature. You will now be able to open any number of tabs, each connected to a command-line shell or app of your choice, e.g. Command Prompt, PowerShell, Ubuntu on WSL, a Raspberry Pi via SSH, etc.”

“Using Terminal’s configuration mechanism, you will be able to create multiple “profiles” for each shell/app/tool you want to use, whether it be PowerShell, Command Prompt, Ubuntu, or even SSH connections to Azure or IoT devices. These profiles can have their own combination of font styles and sizes, color themes, background blur/transparency levels, etc. You can now create your own custom-styled Terminal that is personalized to your unique taste!”

For more details on the new Windows 10 Linux Kernel, Terminal and WSL 2 jump over to the relevant articles published on the official Microsoft developer blog.