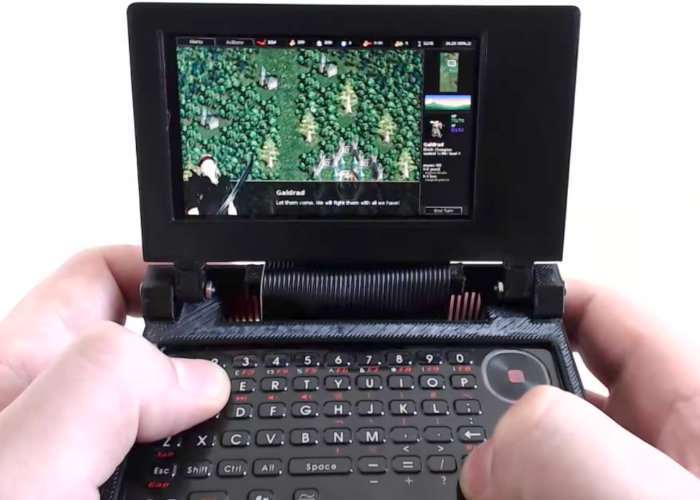 YouTuber NODE has released a new video unveiling his third generation Handheld Linux Terminal which builds on the features from the previous creations and is once again fantastically awesome.

Check out the video below to learn more about the Handheld Linux Terminal Version 3 powered by a Raspberry Pi 3 mini PC. Great job NODE.

Hey everyone. Today I want to show you the new version 3 of the Handheld Linux Terminal. It’s taken a long time, but I’m finally finished. This one takes all the things I’ve learned so far, and improves on many of the features from the previous iterations.

I have also installed Exagear Desktop, which allows it to run x86 apps too, and this works great. I have x86 apps such as Sublime Text and Spotify running without any problems, and it’s technically possible to use Wine to also run Windows apps on the device.

NODE is a youtube channel about the transformative power of technology. Every video is concise, and packed with useful information. Currently I make up to about 3 videos a week, covering a range of topics,

Jump over to the NODE website via the link below for more information on the build.