Apple will unveil the second generation iPad later today, the iPad 2, but will the new iPad be enough to make you want to upgrade? We are expecting to see Apple unveil a thinner iPad with some built in cameras, possibly a new processor and more storage. 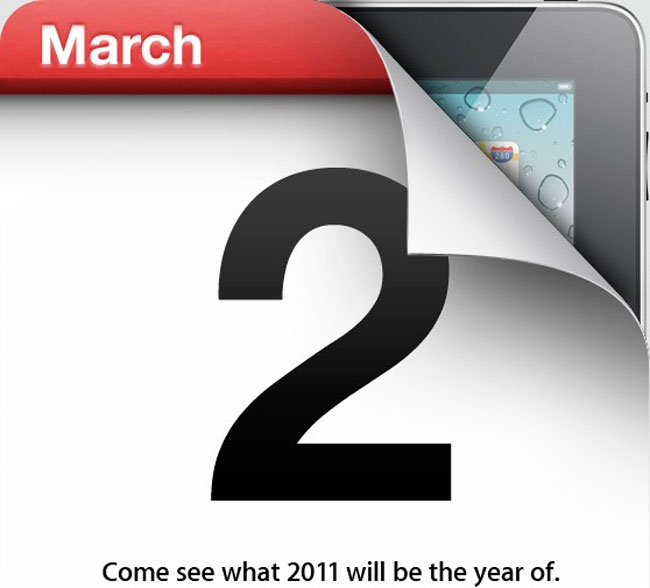 According to the guys over at Cult of Mac, the iPad 2 will be a minor update, and the one to watch out for is the iPad 3, although we don’t know what features will be included in the iPad 3.

According to Cult of Mac the iPad 2 is more of a speed update than anything else, so we suspect it will follow the line of the iPhone 3GS when it was upgraded from the iPhone 3G, it was slightly faster with a few extra features.

According to the report, the iPad 3 will actually launch later this year, and we suspect that this will be the model that will feature a higher resolution display and a range of other features.

It will be interesting to see what Apple unveils later today, and we will keep you guys update, the event is scheduled for 6PM GMT today.