Panasonic has this week been demonstrating its new WiGig SD memory cards that have been designed to provide a simple solution for short-range high speed data transfers. The new WiGig gigabit wireless communications technology has been under development for some time and was first featured back in June 2011 here on Geeky Gadgets.

WiGig is embedded on an SD memory card, and Panasonic has revealed how it can be used to transmit videos, photos and other local data from a wireless controller such as a tablet, to the displays mounted in the passenger seats of a car. Watch the video after the jump to see it in action. 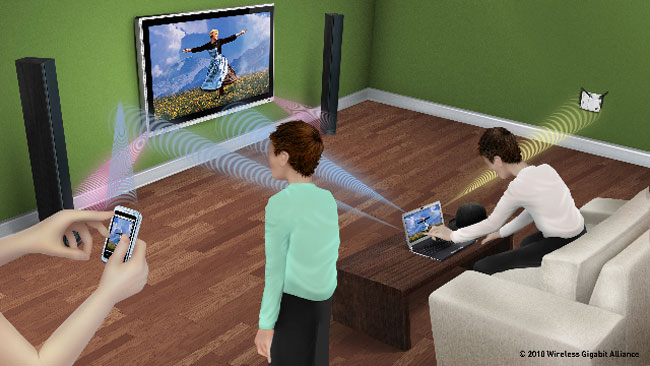 The WiGig technology is able to wirelessly transfer a full DVD video in one minute, and uses the 60GHz spectrum to transmit data at gigabit speed, but it is limited to a range of 1-3 meters. Due to this limited range it won’t take over from tradition WiFi standard but Panasonic is now developing a number of applications for its use. Hoping to have a solution ready for in-car data transfer sometime in 2013.

Unfortunately no information on pricing or worldwide availability of the WiGig SD cards has been released as yet, but as soon as information comes to light we will keep you updated as always.