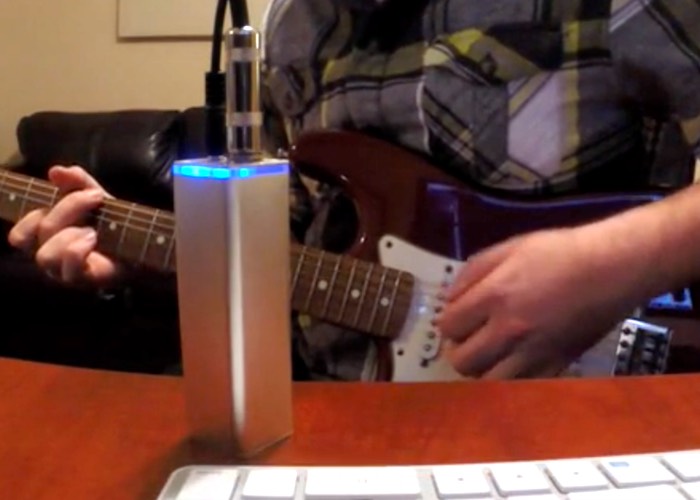 Guitarists in the market for an analog practice amp may be interested in a new pocket sized device created by Nate Tite called the Whisper Amp.

The Whisper Amp has been designed to provide a rugged guitar practice amplifier constructed from durable aluminium and lacking any external dials or switches. 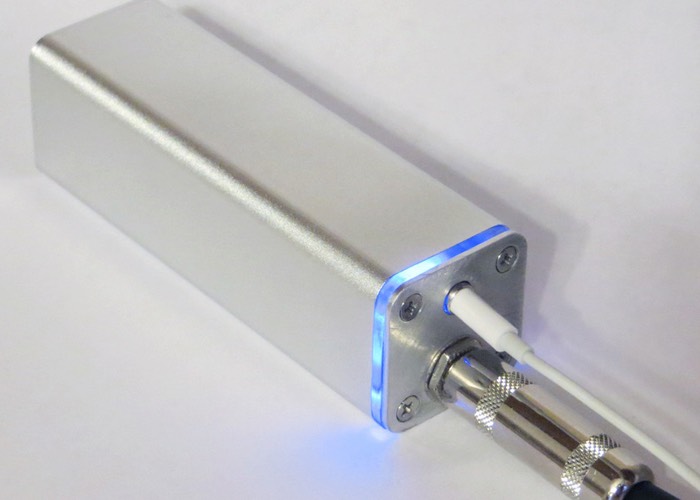 Making it perfect for carrying in your gig bag or anywhere else without the worry that it will be damaged in any way. The Whisper project is currently over on the Kickstarter crowd funding website looking to raise $7,000 in pledges to make the jump from concept to production. Its creator explains a little more :

“Guitar headphone amps are very popular; however, the most common complaint according to my research is the fragile nature of these devices. To alleviate any potential flaws, I have used tried and true analog components, as well as remove unnecessary power switches and potentiometers.

Power is handled by plug insertion (activating a blue light for visual feedback) and volume is attenuated by the dial on your guitar. Once the guitar plug is pulled, the power goes off. By stripping this idea down to the clean basics, I’ve created a sturdy and functional prototype–that looks and sounds great, too.

I’ve set this campaign at $7000, which will allow me to mass-produce a first round of approximately 150 – 200 units (depending on unforeseen events and adjusting kickstarter fees). I’ve already had the PCB designed and gerber files produced for a PCB fab house to fabricate the circuit boards. My enclosure supplier furnishes the aluminum housing, and I custom make the acrylic LED panel, as well as solder the jacks to the board.  “

So if you think Whisper is something you could benefit from, visit the Kickstarter website now to make a pledge and help Whisper become a reality with pledges starting at $30.