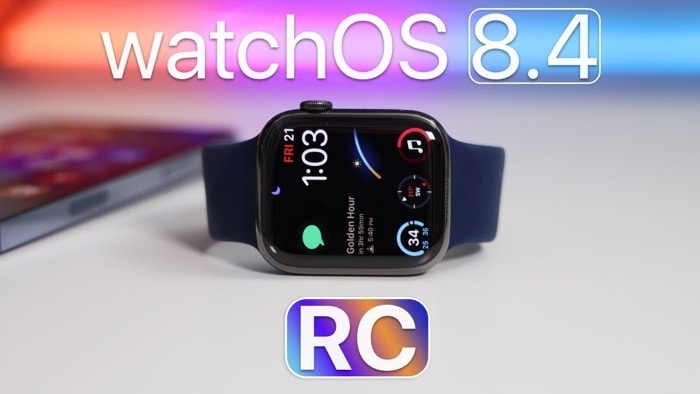 This is basically the final beta version of Apple’s watchOS 8.4 software and assuming no bugs are found this should be the same version that is released to everyone. The video below from Zollotech gives us a look a the software and what changes are coming to the Apple Watch with this release.

This update for the Apple Watch fixes a bug related to charging on the Apple Watch Series 7 where some third-party chargers would not charge the device. This was also happening with Apple chargers as well, it has now been resolved in this update. This release also comes with some security fixes as well, the details on these have not been released as yet.

Apple is expected to release watchOS 8,4 sometime next week assuming that no issues are found in this beta release. We can also expect iOS 15.3, iPadOS 15.3, and macOS Monterey 12.2 at the same time. As soon as we get some details on exactly when these updates will land, we will let you know.