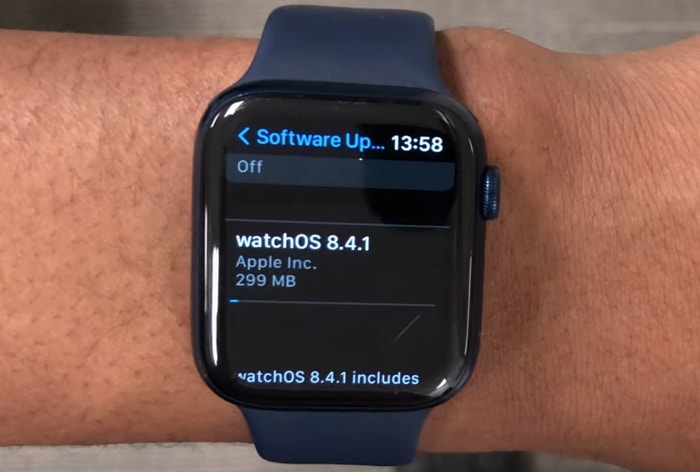 Earlier we heard that Apple had released a new software update for the Apple Watch, watchOS 8.4.1, the update comes just a week after the release of watchOS 8.4.

Apple has said that this is a bug fix update, but they did not give any details about what is included in the update in the release notes.

The video below from Half Man Half Tech gives us a look at the latest software update for the Apple Watch and we get to find out what changes are included in this release.

As we can see from the video there are some minor changes in this release, it fixes an issue for ECG in Malaysia, this update is only available for the Apple Watch Series 4 and above.

Apple recently released watchOS 8.5 beta 1, as this is the first beta in the series it will be a while before the final version of the software is released. We are expecting watchOS 8.5, iOS 15.4 and iPadOS 15.4 to land sometime before the end of February.