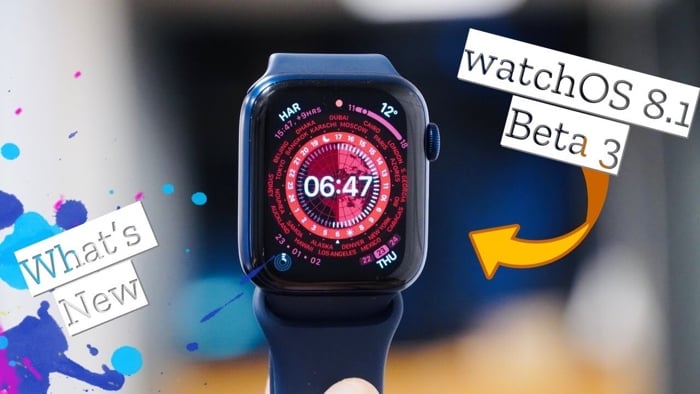 We have already seen some videos of macOS Monterey and iOS 15.1 and now we get to have a look at watchOS 8.1 beta 3.

The video below from Half Man Half tech gives us a look at the latest beta of Apple’s watchOS 8.1 and we get to find out what changes are coming to the Apple Watch.

The new watchOS 8.1 software brings some changes to the Apple Watch, this includes some bug fixes and performance improvements and also some new features.

Apple are expected to release their watchOS 8.1 software before the end of October, we will also be getting iOS 15.1 and iPadOS 15.1 at the same time. Apple will also release their new macOS Monterey software, this is expected around the middle of October with some new Macs.

As yet we do not have a release date for the new watchOS 8.1, iOS 15.1 and iPadOS 15.1 software updates, as soon as we get some details on a possible release date, we will let you know.