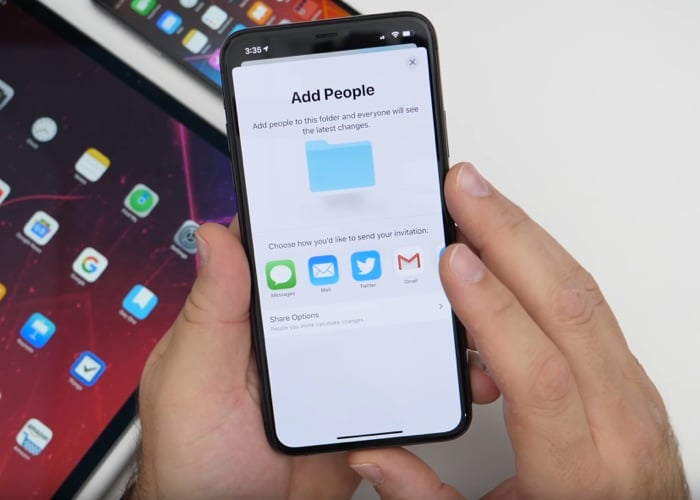 The software comes with a range of bug fixes and performance improvements and it also comes with some new features. We have a great video from Zollotech that gives us a look at what is new in the new beta of iOS 13.4.

As we can see from the video there are a number of new features in the first beta of iOS 13.4 and iPadOS 13.4, these include the ability to share folders with other people from the file app on your iPhone or iPad.

There are also some new Memoji stickers, there are a total of nine news ones and there is also Family Sharing on the TV app on iOS. As this is a new beta of iOS 13.4 we will have to wait a while for the final version of the software to be released.