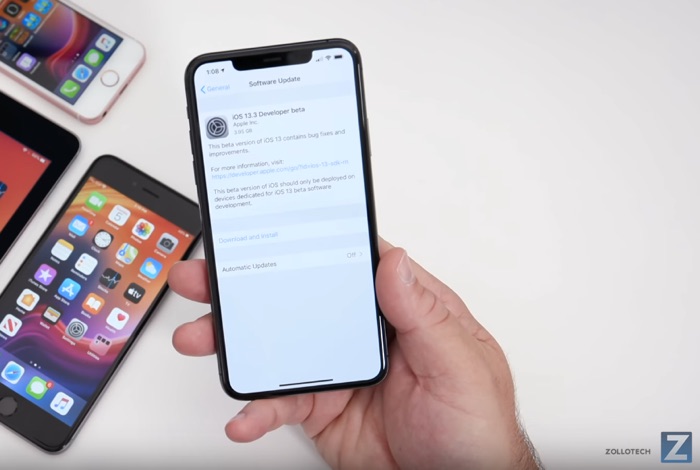 Apple released their new iOS 13.3 beta 1 software yesterday, it comes with a range of performance improvements and also bug fixes.

The update also includes some new features and now we have a great video from Zollotech which gives us a look at everything that is new in iOS 13.3.

This beta appears to have fixed the multitasking and RAM bug that was introduced in iOS 13.2, as we can see from the video the apps are no longer reloading when they are opened again. So it looks like the RAM and multitasking issue will be fixed by the time the final version of the software is released.

There are also some other new features including Communication Limits in screen time, this allows you to set how much time can be spent on communication like calls, texts and more.

As this is the first beta of iOS 13.3 it will be a while before the final version of the software lands, we are expecting it either at the end of November of in early December. As soon as we get some details on exactly when Apple will be releasing their next software update for the iPhone and iPad, we will let you guys know.