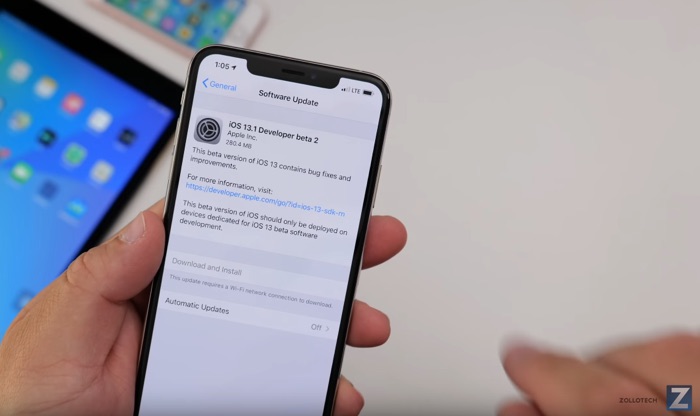 Apple recently released their new iOS 13.1 beta 2 software to developers and public beta testers. We just saw a speed test video of the OS and now we have an other video.

The new video from Zollotech gives us a look at what is new in the latest beta of iOS 13.1, lets find out.

Apple recently released this new iOS 13.1 beta ahead of the launch of iOS 13 which is still in beta, this has apparently done as there were some features not ready for iOS 13 that will be added in iOS 13.1.

We are expecting to find out when the new iOS 13 software will be released at Apple’s iPhone 11 event next week. The event takes place next Tuesday and the iPhones are expected to go on sale on the 20th of September.