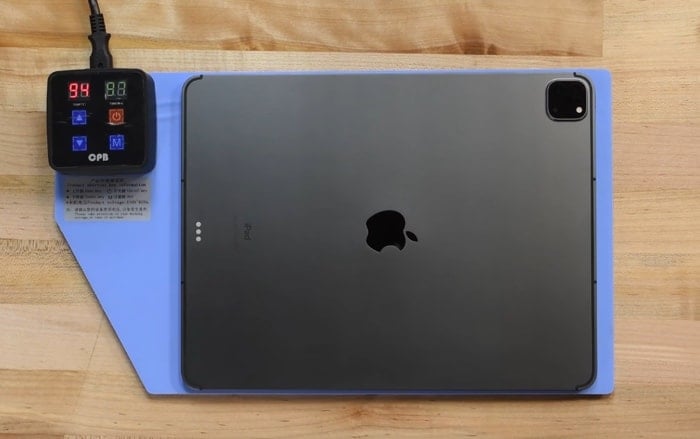 Apple recently launched their new M1 iPad Pro 12.9 and now we get to find out more details about what is inside the device in a new video from iFixit.

The guys from iFixit take new new iPad Pro apart in the video below, the focus of the video is to find out more information on the new mini-LED Liquid Retina XDR display that is used in the device.

Apple’s M1 system-on-chip seems to be making its way into all of their products, and perhaps most excitingly it’s made it into the 2021 iPad Pro. That officially puts the new iPads Pro on par with the latest MacBook Air, Pro, and iMac in terms of computing power, and that’s not even the most exciting upgrade! The 12.9-inch iPad Pro now has a fancy new display technology called mini-LED, which is what we’ll be dissecting in this video.

You can find out more details about what is inside the new M1 iPad Pro 12.9 over at the iFixit website at the link below.