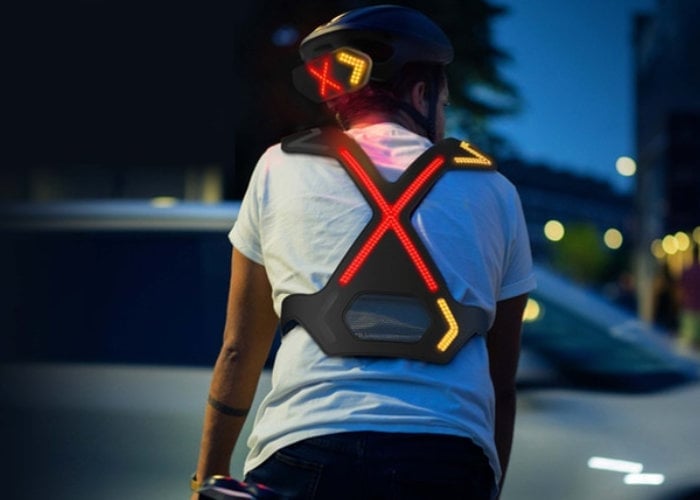 Cyclists may be interested in a new harness and the helmet equipped with safety lights and signalling to help enhance road safety and visibility. WAYV has been launched via Kickstarter this week and consists of wearable front and back turn indicators with integrated tail lights.

As you would expect the smart cyclist safety system comes complete with its own companion application enabling you to control it set up and lighting. A handlebar mounted control allows easy access to the indication system which has been built using established car lighting and indication paradigms that everybody already understands, Sears developers.

The development team at WAYV explain more about the inspiration behind the new cyclist helmet and lighting system. “Cyclists are at their most vulnerable in low light and particularly when turning. At night hand signals are barely visible and are often performed very briefly to avoid loosing control of the bike. We set out to create the ultimate bike safety light system, one that has both front and back turn indicators and remains highly visible in different riding positions. A solution for all types of cyclist, which is wearable with or without a backpack and does not need to be removed from a bike to prevent theft.”

For more information and a full list of all available pledge options jump over to the official Kickstarter project page by following the link below.