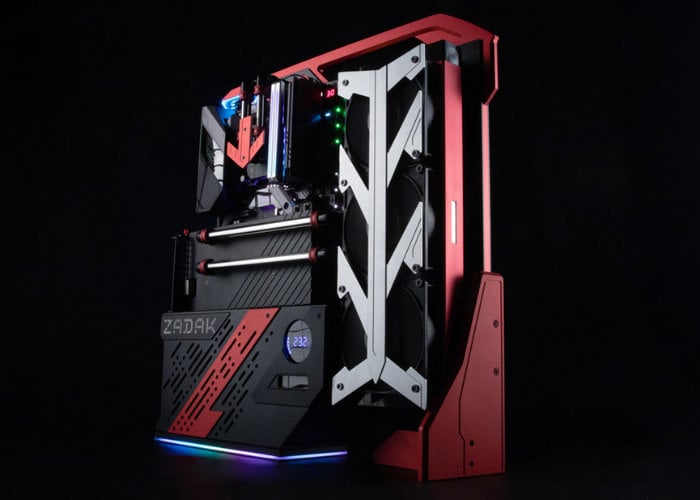 ZADAK has introduced a new water-cooled PC system in the form of the aptly named SHIELD II Water Cooled PC which builds upon the company’s previous designs which first hit the market back in 2015. Now mass-producing water-cooled PC systems thanks to the launch of MOAB I back in 2017 the company has continued to “push boundaries within the industry” and has this week unveiled its new SHIELD II which has been made available this month.

The ZADAK SHIELD II water-cooled PC system is fitted with the latest Intel i7 9700K CPU, RTX 2080Ti graphics card, Samsung EVO NVME SSD and the companies SHIELD RGB 3000MHz DDR4. A digital display shows real-time water temperature which allows the users to monitor the status of the PC and a capacitive touchscreen allows users to easily power on and off the system.

“We spared no expense when selecting the hardware used in SHIELD II. An ASUS ROG MAXIMUS XI GENE motherboard serves as a fantastic platform for the top end hardware that powers the SHIELD II PC. In order to keep all that hardware happy and cool we added a custom 360mm radiator that was designed with SHIELD II in mind. It has excellent heat dissipation performance even while running the most demanding games and applications. SHIELD II was CNC milled out of solid aluminium which greatly helps with heat dissipation. The entire structure acts as a large heat sink.”

For full specifications and more details on customisation options for each water-cooled PC system jump over to the official ZADAK for prices and delivery.