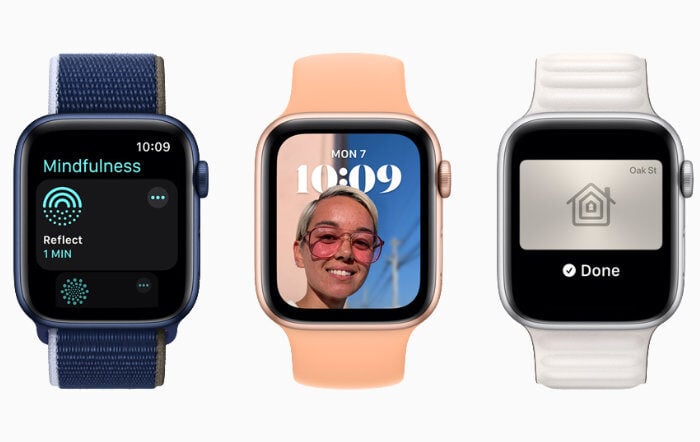 Apple unveils watchOS 8 at WWDC 2021 press conference bringing with it new workout features, an updated Breathe app, greater access with Wallet and more integration with the Home app allowing you to have more control of smart devices from your wrist. The redesigned Home app in watchOS 8 offers more convenient access to accessories and scenes needed in a particular moment, and the ability to control accessories by room. Users with a HomeKit-enabled camera can view who is at the door directly on their wrist. A preview of the new watchOS 8 was demonstrated onstage and will soon be made available to developers before its official rollout later this year.

One of the features first announced during WWDC 2020, Ultra Wideband support, has now been rolled out by Apple, for digital car keys on Apple Watch Series 6, enabling users to securely unlock their cars from a distance and started from the driver seat all from their Apple Watch. This fall, users can also add keys for their home, office, and hotel to Wallet, and tap their Apple Watch to unlock and later this year, starting with participating states in the US, users will be able to add their driver’s license or state ID to Wallet.

“Apple Watch is the most loved watch in the world, keeping users healthy, active, and connected,” said Kevin Lynch, Apple’s vice president of Technology. “With watchOS 8, we’re bringing more convenient access to places users live, work, and visit with significant updates to Home and Wallet, expanding support for both physical and mental well-being, and enabling richer personal connections with the new Portraits face and updates to Messages.” 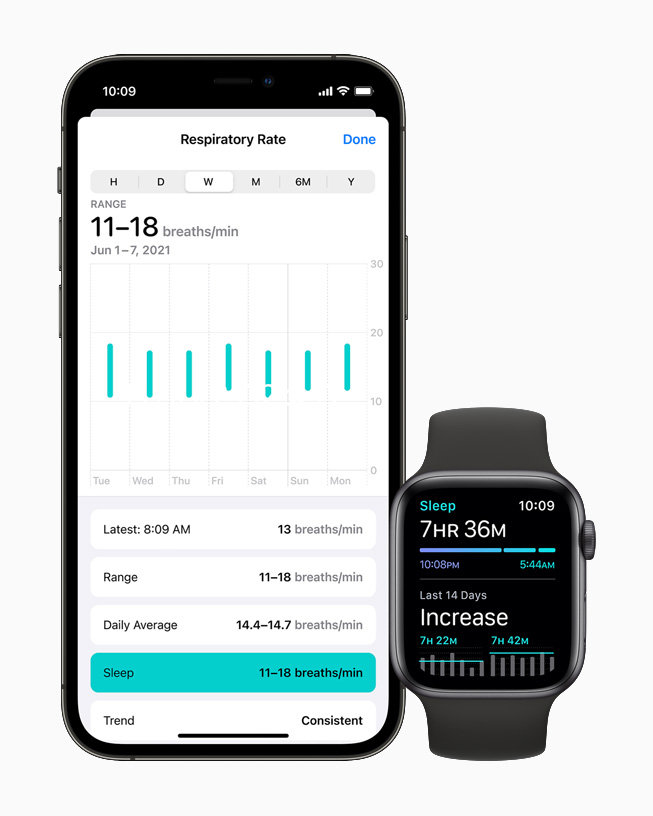 Other new features rolling out with watchOS 8 later this year include :

– Multiple timers come to Apple Watch and can be given a specific label using Siri (such as “Laundry Timer” or “Cooking Timer”).
– In watchOS 8, more Apple Watch apps support the Always-On display, including Maps, Mindfulness, Now Playing, Phone, Podcasts, Stopwatch, Timers, Voice Memos, and others. watchOS 8 is also making it easier for developers to keep their apps timely and relevant with a new Always-On API for third-party apps.
– To support Apple Watch users with upper-body limb differences, AssistiveTouch enables one-arm usage of Apple Watch by sensing simple hand gestures to interact without touching the display. Using the built-in motion sensors, users can answer incoming calls, control an onscreen motion pointer, and surface an action menu that can access Notification Center, Control Center, and more.
– A new Find Items app on Apple Watch helps users locate tagged items using the Find My network, and a new Find Devices app helps users locate lost Apple devices that are signed in with the same Apple ID.
– The redesigned Music app enables users to share songs, albums, and playlists through Messages and Mail, and enjoy music and radio all in one place.
– The Weather app now supports Severe Weather notifications, displaying government alerts about certain severe weather events. The app also delivers Next Hour precipitation alerts and offers updated complications.
– Family Setup introduces the ability to add transit cards from Hong Kong, Japan, and select China mainland and US cities, and Calendar and Mail now include the option to add a Google account.
– Apple Fitness+, the first fitness service created entirely around Apple Watch, expands its offering in watchOS 8 with Picture in Picture support and new filtering options, and users can stop and resume an in-progress workout on any device. Later this month, Fitness+ introduces a new series of workouts featuring Jeanette Jenkins, one of the most sought-after fitness experts, and a new Artist Spotlight Series with workouts featuring entire playlists from Lady Gaga, Jennifer Lopez, Keith Urban, and Alicia Keys.