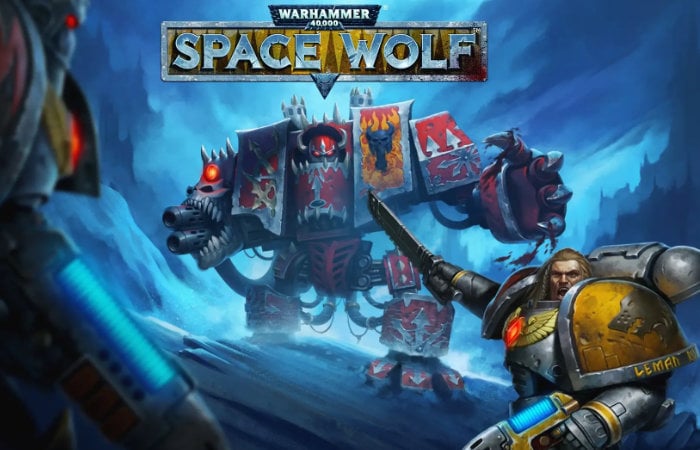 Warhammer fans patiently waiting for the arrival of the Warhammer 40,000 Space Wolf game will be pleased to know that it has today launched on the Xbox One and Xbox Series X and S consoles. Offering a turn-based tactical strategy in which you have to take command of the Space Wolves and join the battle against the wicked servants of Chaos and the sinister Necrons.

Features of the Warhammer 40,000 Space Wolf game include story campaign and a unique survival mode together with to level your squad and fine tune their skills to complement your play style and tactics, using different classes of armour and a huge array of weaponry. Check out the launch trailer below to learn more about what you can expect from the latest Warhammer game which previously launched on PC, PlayStation, iOS and Android.

“Warhammer 40,000: Space Wolf offers you to become a part of the wildest and fierce Space Wolves squad! They are fearless, and their blood is filled with animal rage. Your Great Company’s Strike Cruiser fell into a trap set by Chaos Space Marines of the Word Bearers legion, causing you to make a forced landing on Kanak, a volcano-wracked feral world inhabited by tribes of ruthless barbarians. Only the worthy warriors will be able to survive and emerge victorious!”

“In the Warhammer Space Wolf Xbox game you decide which path to follow to best match your style, strategy, and tactics: Grey Hunter, Wolf Scout, Wolf Guard differ in abilities and weapons’ system. For example, the Scout owns a unique sniper rifle with a maximum shooting range. Turn your attention to the weapon with the “overwatch” effect. The hero with this weapon will be able to attack the approaching enemy out of his turn. This feature works once per turn if the enemy stops in the attack zone. At a crucial moment, this weapon can seriously change the outcome of the battle!”