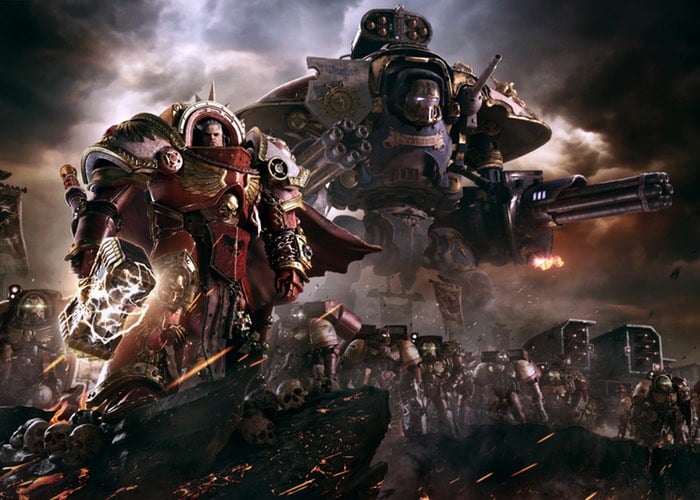 More details have been released this week for the new and highly anticipated Warhammer 40,000: Dawn of War 3 game which is expected to launch sometime during 2017.

Wesley Yin-Poole over at Eurogamer explains a little more about what you can expect from the third game in the series :

Dawn of War 2 also encouraged players to use buildings as cover. By moving a squad into a building, they would benefit from a huge defensive bonus. And from the relative safety of a building, a decent ranged damage squad could decimate an unsuspecting opponent. I’d spend a lot of my time, as the Space Marines, positioning Avitus’ Devastator squad in cover, then directing heavy weapon fire from range. This system worked well for Dawn of War 2’s gameplay, which revolved around frontline combat and unit-based tactics.

Moving onto Dawn of War 3, Relic has once again come up with a new cover system. Dawn of War 3 is a sort of fusion of Dawn of War 1 and Dawn of War 2. Base building and big armies are back, but there’s still a focus on hero units. Dawn of War 3’s cover system works similarly to Dawn of War 2’s buildings I mentioned earlier. Cover is a fixed area on the map that you send units into to capture and then occupy. There’s a capture time associated with cover now, although it’s pretty quick.

Once you’ve captured cover, it’s yours, and it protects units inside from all incoming ranged damage. Effectively, cover becomes a safe zone.