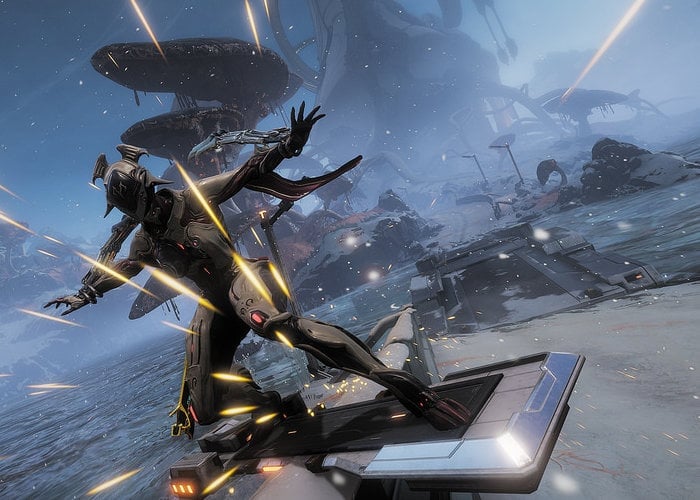 Douglass C. Perry from Digital Extremes Has taken to the official PlayStation blog this week to provide more details about the massive open world expansion for Warframe in the form of Fortuna. As well as checking out the new update trailer which has been published to YouTube providing a further glimpse of what you can expect from the “frigid landscape of Venus populated with new Corpus threats, subterranean mysteries and an ecosystem on the brink of destruction”.

Plenty of new details have been published to the PlayStation blog providing further insight into what you can expect the new expansion coming later this winter to PlayStation 4. “For new players, Venus is the second planet available on your star chart (after Earth), making it fast and easy to get to. Just download Warframe and you’ll find it quite easy to access Venus within about 1-2 hours”.

“Upon arrival, you will experience a vastly divided world. Below the ground in the dark, gritty city of Fortuna, you’ll meet the debt-interned Solaris Faction, a people so deeply in debt, they have sold off their body parts as payments. On the planet’s surface, aka the Orb Vallis, you’ll encounter the money-driven Corpus Faction overlords and the egocentric leader Nef Anyo who patrol the research bases and four strategically-placed towers.”

Visit the official PlayStation blog by following the link below for more details.