If you like a good first person shooter (FPS) game but find the use a guns a little boring now, a new FPS game currently in development called Warco allows you to engage in the action using a video camera to shoot the action rather than a rifle.

In Warco instead of securing bases or capturing strongholds or flags, the game provides various scenarios each with its own objectives along the line of  story leads. Which you then need to capture in the most compelling way using your trusty video recorder, without getting shot or injured. Watch a demo of the new Warco game after the jump. 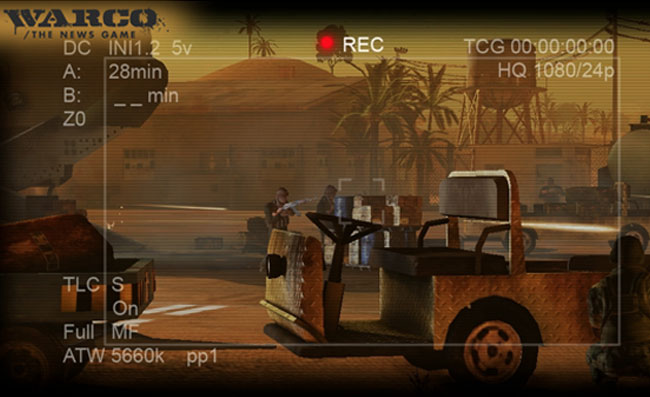 Warco is being developed by Tony Maniaty, an Australian journalist who’s experienced with reporting from war-torn areas. He’s teamed with filmmaker Robert Connolly and games studio Defiant Development. The idea of the new game is definitely different but I not sure how a multiplayer mode would work.

Unfortunately there are no release dates as yet but the studio have said they’re currently talking to several publishers about a possible release. What are your thoughts is it something you would play?