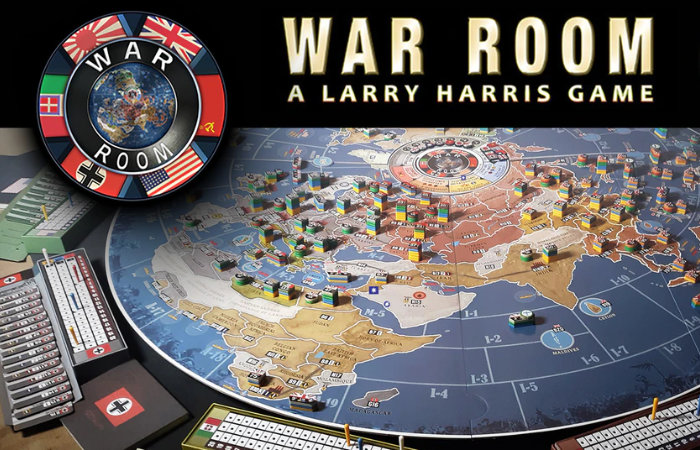 A second edition of the War Room World War II strategy board game is now available to back via Kickstarter and has already raised over $300,000 thanks to over 2,600 backers. But don’t delay as only three days remain for early bird Kickstarter pledges. The WW2 board game has been designed for 2 to 6 players and has both a standard and quick play mode taking approximately two hours or one hour respectively. Designed by Nightingale Games and Larry Harris the designer of Axis & Allies the second edition of the popular game has been “ever-so-slightly streamlined” and now offers a deluxe version building on the original.

“For those who own the 1st Edition, upgrade options will be available for pre-order via the Nightingale Games webstore in mid July. To ensure smooth fulfillment and to diminish any risk of production delay, we are keeping this Kickstarter campaign simple by having no add-ons via Kickstarter.”

Backer early bird pledges are now available for the creative project from roughly $137 or £99 (depending on current exchange rates). If the War Room campaign successfully raises its required pledge goal and the project completion progresses smoothly, worldwide shipping is expected to take place sometime around June 2022. To learn more about the War Room WW2 board game project checkout the promotional video below.

“Similar to our first campaign, we are offering a steep discount of $63 to KS backers compared to the post-release pricing ($200 MSRP). Please check out the table of contents below to quickly find info about the project. We have a detailed production plan for the the 2nd Edition core game, and it’s ready to fly once funding is attained. We’ve also unlocked a number of these wish-list items now that we are funded…”

“For those who only have a limited time to play or want to start off nice and easy with some friends who lean casual, then here you go! QUICK-PLAY Mode. This is a new page in the rulebook which cuts play time by hours. So without all those hefty feature chunks, the game is all about secret movement orders and combat. This mode is not intended for those who love the inclusion of the above listed features, but to allow MUCH faster playtime and reduced complexity.”

“A special automated version of the Global scenario for WAR ROOM: A Larry Harris Game is currently in public BETA on Tabletop Simulator thanks to Jim and all the contributors.”

For a complete list of all available early bird pledges, stretch goals, extra media and technical specifications for the WW2 board game, jump over to the official War Room second edition crowd funding campaign page by following the link below.