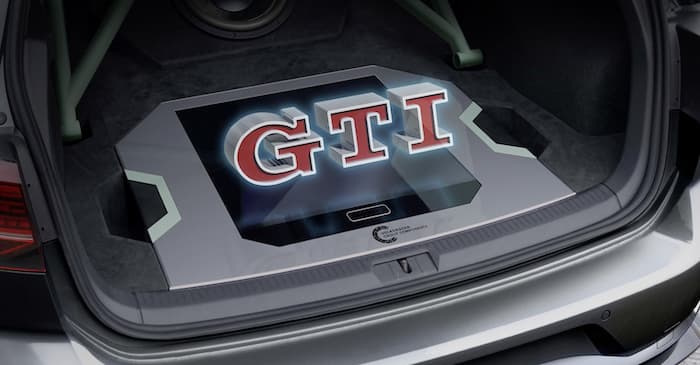 Volkswagen has unveiled the VW Golf GTI Aurora and it comes with a 3D holographic sound system in the boot.

The new Golf GTI Aurora concept is being shown off at the GTI meeting on Lake Wörth, it comes with a holographic module in the boot. 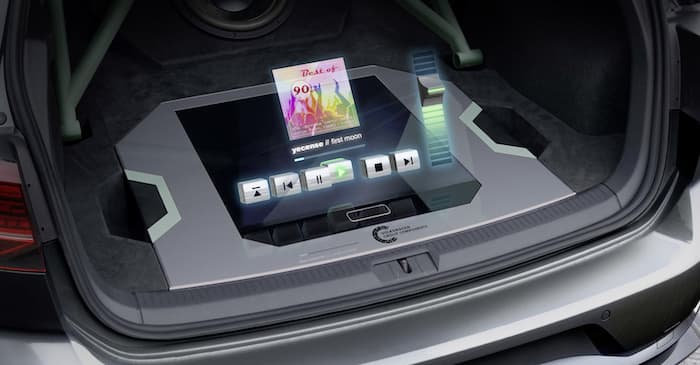 “With this hologram technology, we have succeeded in unifying the real and virtual worlds,” says Thomas Schmall, Chairman of the Board of Management of Volkswagen Group Components. “Almost everyone is familiar with holograms from Hollywood films such as Star Trek and Star Wars – and we are very close to replicating this cinematic reality.” Unlike the three-dimensional experiences we know from the cinema, you do not need 3D glasses, special sensor gloves or joysticks for the Aurora show car. “It is like a mirage that you can clearly see and which we use to deliver a whole new user experience,” Schmall continued. “The hologram floats freely in the air, above the hardware that is integrated into a compact module in the luggage compartment.”

Mark Möller, Head of Development at Volkswagen Group Components, provides a technical insight: “We create a floating image using software algorithms and visual technology components. The system automatically recognises the user’s operating requirements and implements them – making it intuitive and logical to operate.” Möller says that the details of the technology are a trade secret based on a proprietary, patented technology. However, one thing is clear – the creators of the holographic control unit in the Golf GTI Aurora aren’t just playing around, even if the urge to play with the device is hard to resist. “The holographic system can be realised using technology modules that are already available today; it is no longer just in the realm of science fiction. However, it will be some time before it can be used in production vehicles,” says Möller. 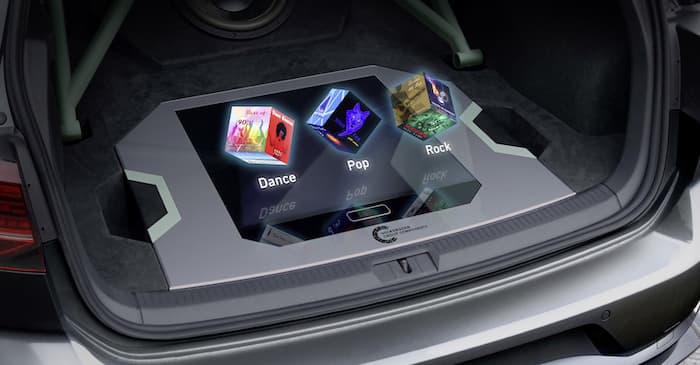 You can find out more information about the new VW Golf GTI Aurora over at Volkswagen at the link below.