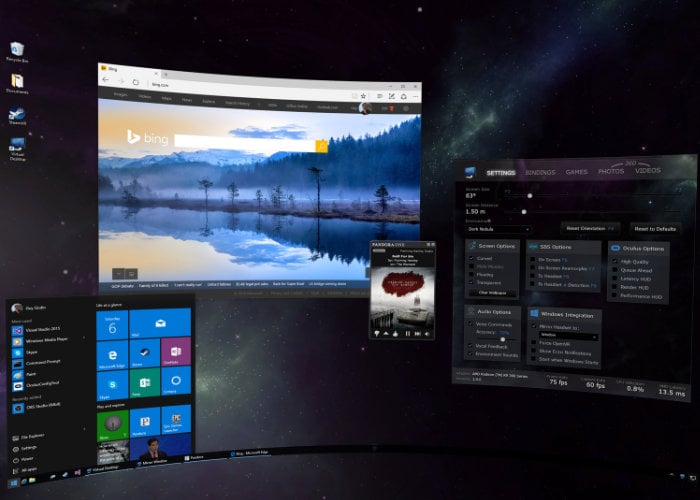 Check out the video below to learn more about what you can expect from the Virtual Desktop which will also be available on the company’s upcoming Oculus Quest 6DOF headset which will be launching next year. “Virtual Desktop is an application developed for the Oculus Rift, HTC Vive and WMR headsets that lets you use your computer in VR. You can browse the web, watch movies, Netflix or even play games on a giant virtual screen.”

The road to VR website explains that Virtual Desktop creator Guy Godin “says that like the PC version, the mobile version relies on Window’s native touch keyboard for text input, although you can connect Bluetooth mice, keyboards and gamepads to flush out the functionality of the experience. Of course, you can use your single Oculus Go or Gear VR controller to interact with screens like a mouse as well.”