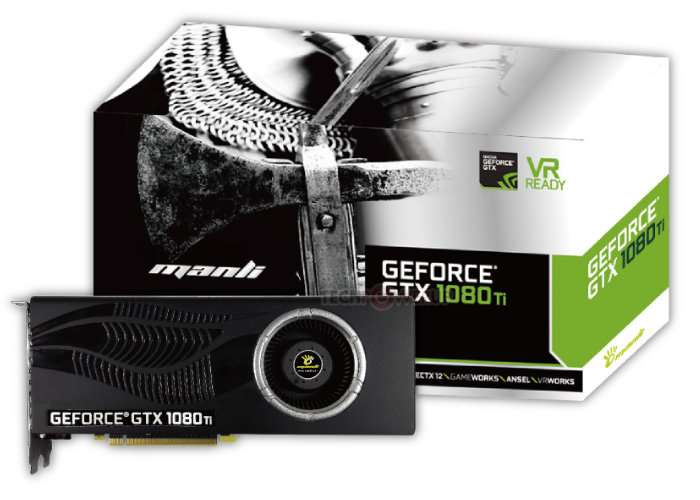 Virtual reality game is looking to upgrade their graphics card to something a little more VR ready, may be interested to know that Manli has this week unveiled a new addition to their range of graphics cards with the launch of the new Manli GeForce GTX 1080 Ti.

Offering the latest NVIDIA Pascal architecture, the Manli GeForce GTX 1080 Ti has been specifically designed for top tier gaming performance and has been created to offer an enthusiast card offering 3584 CUDA Cores, with a core frequency of 1480 MHz.

The card is capable of boosting its core frequency up to 1582 MH and is fitted with next-generation 11 Gbps GDDR5X memory, and a massive 11 GB frame buffer. Unfortunately no information on pricing or worldwide availability has been released as yet, but as soon as information comes to light we will keep you updated as always.

For more information on the new Manli GeForce GTX 1080 Ti. jump over to the official website for details by following the link below.