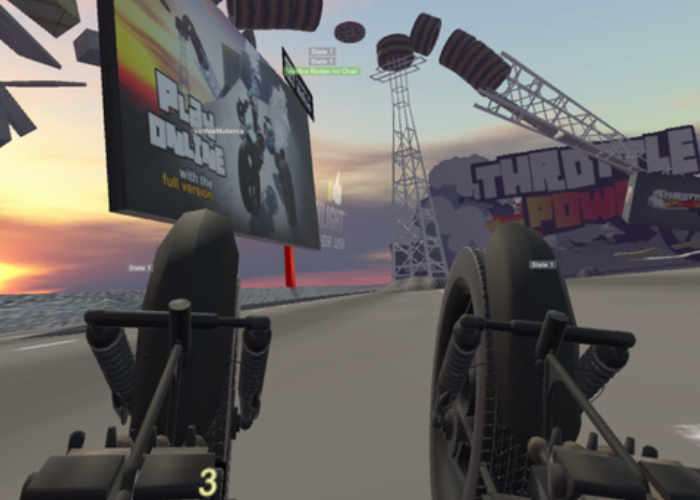 Gamers equipped with virtual reality headsets such as the Oculus Rift or HTC Vive may be interested in a new gameplay trailer which has been released for the VR racer Throttle Powah which is now available to purchase via Steam.

Check out the latest trailer below to learn more about what you can expect from this new virtual reality racing Sim which puts you in control of a virtual motorbike style vehicle.

– Throttle Powah is a fresh new VR racing, maneuver and freestyle experience.
Each controller is a monowheel motorized rocket.

– Open World Map
Throttle Powah is in early stages of development but has a big open world map with lot’s of tracks, ramps, soccer arena and crazy circuits.
Most 3D models and Texture are still placeholder or work in progress.

– Multiplayer
With the full version, you can connect to 3 different servers: North America, Europe and South America. Play together, chase, release smoke in their face, race and interact with other people.

– Concept
There are almost no VR racing games out there that makes use of the controller to transform the player into the vehicle, so Throttle Powah was born to fulfill it’s destiny by presenting what can be done with VR technology.

– Platform
Throttle Powah is currently only for HTC Vive.