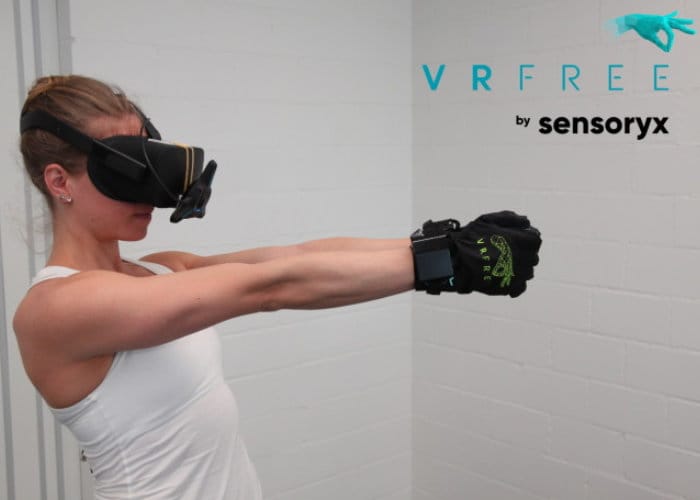 Virtual reality users that would like to remove the need to grip controllers continually and free their hands to explore VR environments may be interested in a new VR glove controller called Vrfree created by Sensoryx based in Zurich, Switzerland. Watch the demonstration video below to learn more about the new Vrfree VR glove controllers that offer both hand and finger tracking with full degrees of freedom. 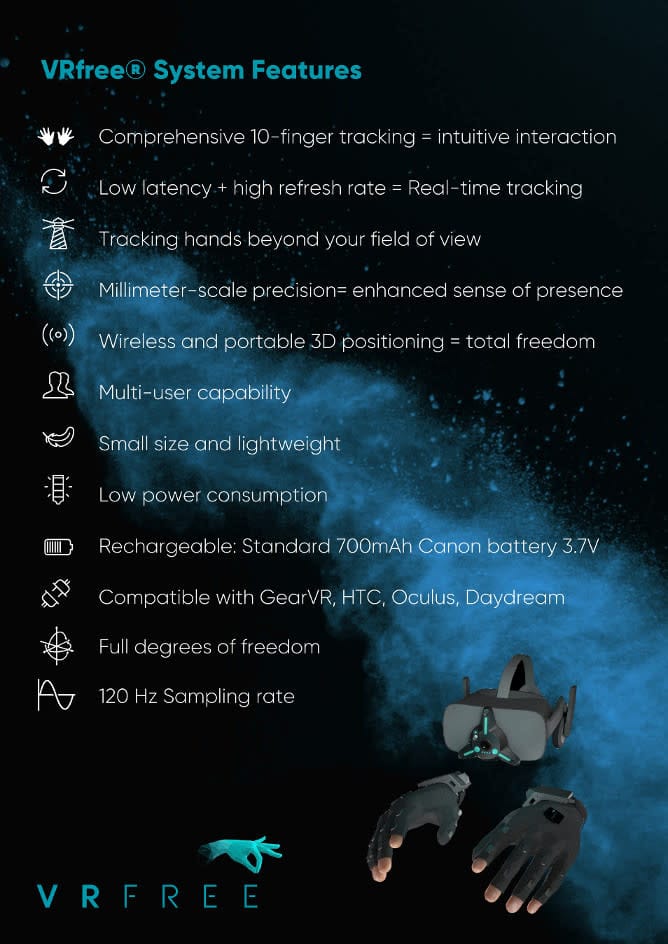 “Controllers with buttons are cumbersome to use in VR. Why would you replace your hands – nature’s most versatile tools – by a pair of handles with buttons? Traditional controllers impede the sense of presence and get in the way of intuitively interacting with VR. With the recent Steam/OpenVR open protocol we expect our backers to be able to play a wide range of existing OpenVR games/apps. We are also in touch with various game studios – small and large – to have them adapt their existing games for our glove and to develop new content for it.”

The Sensoryx Vrfree VR Glove Controllers are now available to backfire Indiegogo with early bird pledges available from $280 offering a considerable 29 percent saving off the retail price which will take effect once the crowdfunding campaign comes to an end. For full specifications and all available pledges jump over to the official Indiegogo crowdfunding campaign by following the link below.