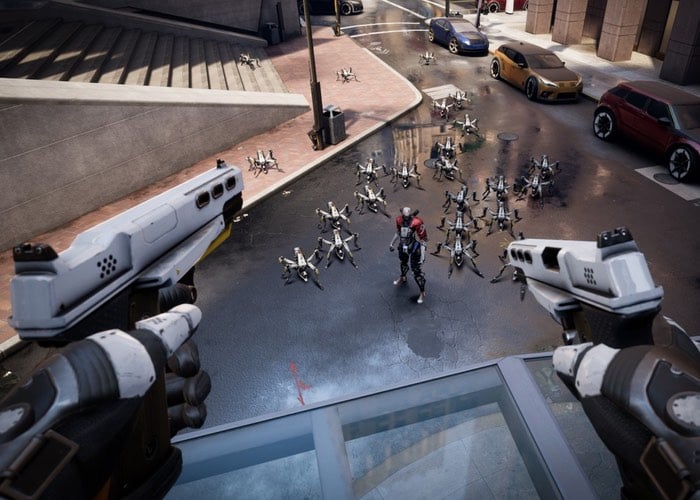 If you are interested in seeing a little gameplay using the new Oculus Touch virtual reality controllers which are now available to preorder priced at $199 with a December 6th launch date.

You are sure to enjoy this new 12 minute gameplay trailer which is being released for the upcoming game Robo Recall developed by Epic Games which uses the new Oculus Touch hardware.

An eruption of defective, homicidal robots is inundating RoboReady customer service, where you’ve been promoted from tech repairman to Recaller. Thrown into the fray, you must rely on your wits, reflexes and a vast arsenal of weaponry to eliminate the robot uprising.