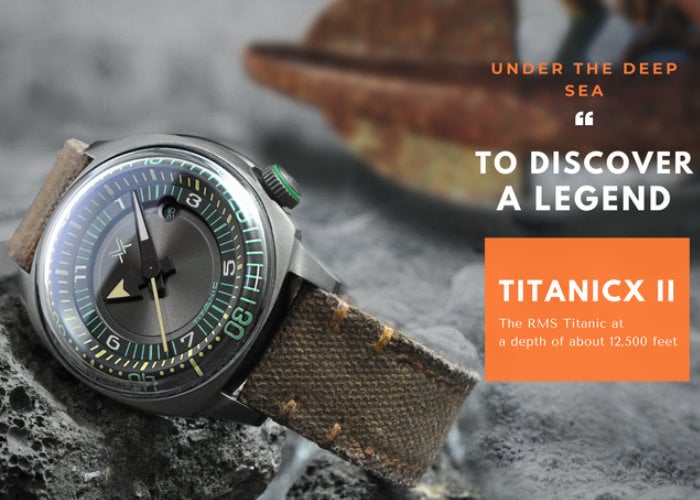 Voyage OVD watches has created a unique timepiece inspired by the Titanic and aptly named the Titanic X – II. The Voyage watch has this month launched via Kickstarter and already raised over $20,000 with still 34 days remaining on its campaign. Watch the promotional video below to learn more about the watches inspiration and unique design which includes a domed sapphire crystal watch face and handcrafted leather strap with stainless steel outer casing.

“On April 10, 1912, Titanic began her maiden voyage to New York, which happened to be her only time conveying passengers. Amongst those passengers laid some with the deepest pockets on earth desiring to explore new opportunities in USA. The voyage ended up an epic catastrophe amidst the ice-strewn waters of the Atlantic with a death toll of more than 1,500 out of 2,224 crew members on board. Captain Edward Smith also went down with the ship together with the chief designer Thomas Andrews.” 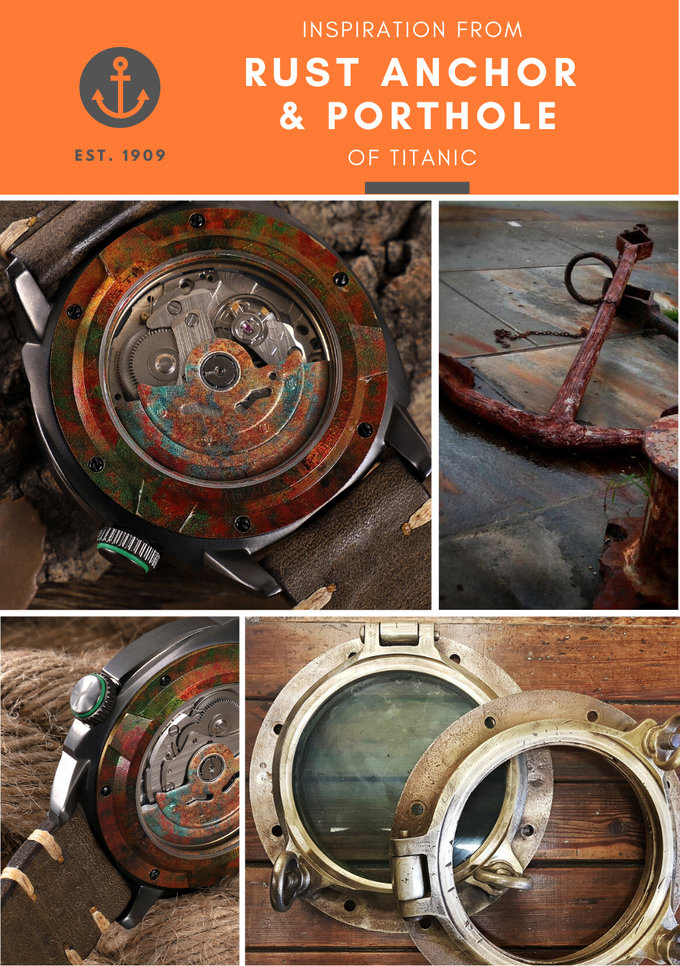 “After the previous collection of TitanicX, positive feedback and high demand from the backers have been received. OVD team decided to let this legendary story set sail again-“TITANICX-II” is officially onboard.

To pay tribute to the TitanicX, the rust-like-effect rotor part of the movement is retained. It is inspired by the rusty anchor of a shipwreck. The design of the solid case back embarks the porthole on hull in a rust-like-effect with a protection coat to symbolize the passing of time in which the Titanic has been eroded by the sea.”

“The design inspiration of buckle comes from the vintage appearance of instruments and vessel-related components on board. The unique two-stage shape and ergonomic design makes it more convenient and comfortable for users to wear. We’re confident no identical buckle could be found in the market given its uniqueness. Calendar is placed in between 2 and 3 o’clock to commemorate 2:20am, the time that Titanic sank. The calendar frame is made with diamond-cut chamfered surface to go with this concept.”