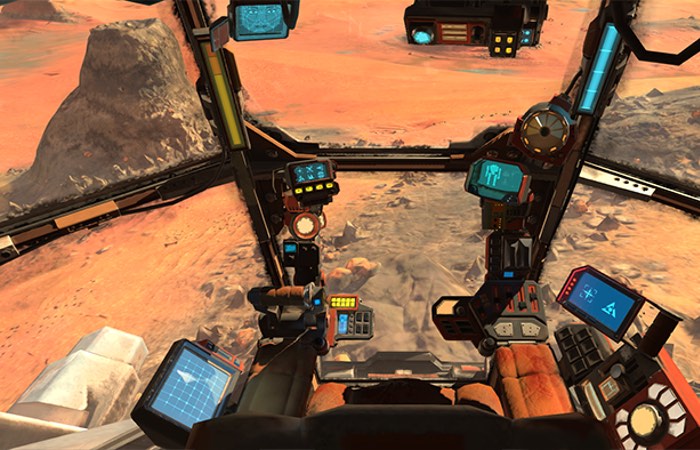 Developers Space Bullet have released a new trailer this week providing a demonstration of what the Vox Machinae virtual reality multiplayer gameplay looks like. As well as the advances they have made with a new upcoming Vox Machinae game that has is being created specifically for the new VR hardware which is launching this year from multiple sources such as Oculus, HTC and Sony.

As you can see in the video below the new Machinae game is now becoming a more rounded and finalised experience and has come a long way since it was first unveiled back in 2014.

Developer Space Bullet Explains more about what you can expect to see in the latest trailer they have released providing a glimpse at the multiplayer virtual reality game they are currently in the process of creating.

– The trailer showcases 4 of our unique playable robots, called Grinders. Each grinder caters to a different playing style, from the nimble and light to the heavily armored and badass.

– Players will be able to customize multi-weapon loadouts to their heart’s content, provided the grinder they choose to pilot supports the mounts for them.

– A new planetary landscape named Talc is shown for the first time. It features a beautifully acidic atmosphere, with corrosive lakes and rolling mountains.

– Vox Machine is debuting with VR as a leading platform and will support non-VR as well.

– This trailer’s footage was entirely shot in-game using a spectator mode, and was so fun to watch that we almost forgot to hit the record button half the time.

– All the action taking place was being played out by bots in a live multiplayer Team Deathmatch, one of many game modes we’ll be unveiling in the coming months.