Volkswagen has rolled out a new hybrid vehicle that will make its world debut in Geneva next month. The car is called the Golf GTE and it is a plug-in hybrid that offers nice performance. The GTE will be able to drive 31 miles on electricity alone. That is enough of an electric driving range that some people won’t have to use gas all day. 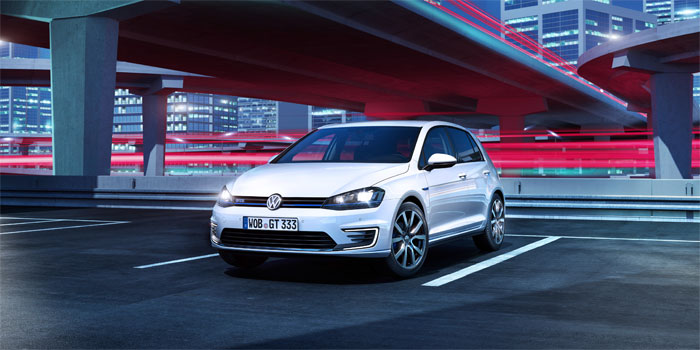 The GTE was granted a European Driving Cycle getting a combined rating of 157 mpg. The Golf GTE will have a total of 201 hp and 258 pound-feet of torque. That number counts the 148hp from the 1.4L turbocharged direct-injection engine and the 101 hp electric motor. The car has a top speed of 81 mph in electric mode.

With the gas engine, running it can reach a top speed of 135 mph. The car is able to go from a standstill to 62mph in 7.6 seconds. VW says that the performance the GTE offers will set it apart from other hybrids on the market. It’s nice to see a hybrid that isn’t all about fuel economy. The GTE is much better looking that the Prius and more appealing to car fans that want more than fuel efficiency.